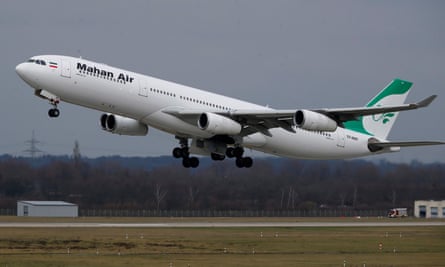 The agency initially said a single Israeli jet had come near the plane but later quoted the pilot as saying there were two jets that identified themselves as American.

In response, US Central Command said a single F-15 had made a visual inspection of the Iranian airliner “in accordance with international standards” to ensure the safety of coalition personnel at the military base in Al Tanf.

IRIB reported the pilot of the passenger plane contacted the jet pilots to warn them to keep a safe distance and they identified themselves as American. Video posted by the agency showed a single jet from the window of the plane and comments from a passenger who had blood on his face.