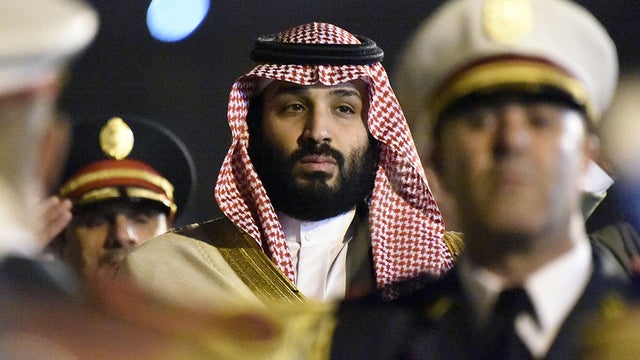 The hopes of many were placed in Crown Prince Mohammed bin Salman as a progressive leader of the next generation who would bring positive change to Saudi Arabia and beyond. News headlines extensively covered his commitment to reform, touting his decision to let women drive. But these reforms turned out to be less than advertised and fell far short of expectations. His impressive Vision 2030 program designed to diversify the economy and boost health care, education, infrastructure and tourism and to reduce the dependency on oil, is now falling victim to stumbling oil prices, some of this due to the Saudi’s own machinations. Saudi officials admit that many of these ambitious goals will have to be walked back because even Saudi Arabia is not financially immune from the global pandemic. But the crown prince’s laudable goals have also been undermined both by his reckless internal campaign against real and perceived enemies and a disastrous foreign policy agenda.

The internal campaign began with the arrest of billionaire investor Prince Alwaleed bin Talal, along with other royals, ministers, and executives, in the largest incarceration campaign of its kind in Saudi Arabian history. Labeled to the outside world as a fight against corruption, it continues to this day with the recent arrest of the king’s younger brother Prince Ahmed bin Abdulaziz and nephew Mohammed bin Nayef, an action viewed as the final stroke to consolidating unopposed control of the country.

Despite widespread criticism, Saudi Arabia launched a military intervention in Yemen, contributing to a death toll exceeding 100,000. Further catastrophe was only averted because COVID-19 gave the Saudis an excuse — on humanitarian grounds — to finally exit Yemen, barely saving face from the failed political gamble. Included in this regional gambit was the Saudi-orchestrated blockade against Qatar. The blockade earned a rare rebuke from the U.S. which saw it as hindering the fight against terrorism and resulted in leaving Qatar politically better off than it was before. There was also widespread astonishment at the humiliation by the Saudis of Lebanese then-Prime Minister Saad al-Hariri whom the Saudis allegedly wanted to replace with his older brother Bahaa; Hariri resigned soon after he returned to Beirut from Saudi Arabia, a move that only emboldened Hezbollah in Lebanon.

The most well-known reckless action on Riyadh’s part was the 2018 killing of Saudi dissident and U.S. green-card holder Jamal Khashoggi at the Saudi consulate in Istanbul. The appointed UN Special Rapporteur called the murder an “international crime,” and the CIA concluded Saudi Crown Prince Bin Salman orchestrated the assassination, prompting the U.S. to sanction 17 Saudi individuals under the Magnitsky Act. This trail of incredible missteps continued with Saudi financial support for Libya’s renegade strongman Khalifa Haftar. The announcement came only days before Haftar’s attempt to overthrow the internationally recognized government in Tripoli in order to establish Gaddafi-style military rule. A year later, Haftar faces imminent defeat in western Libya, the UN-led political process is in disarray and COVID-19 is piling on the hardships faced by the Libyan people.

The pandemic may have precipitated yet another foreign policy setback for the Saudi crown prince, as the White House reportedly threatened to withdraw U.S. military forces from Saudi Arabia if Riyadh did not cut oil production. The U.S. recently announced it is pulling out 2 of 4 Patriot missile batteries and some fighter aircraft from Saudi Arabia. Not to be deterred from staying atop the oil universe, however, the Saudis have used their deep pockets to purchase stakes worth about $1 billion in four European oil majors: Shell, Total, Eni, and Equinor, taking advantage of the oil price collapse that drove down oil companies’ stocks and made them a bargain.

The Saudi government also announced their VAT rate will increase from 5 percent to 15 percent in July and monthly cost-of-living allowances for government employees will be scrapped. These are among just a few measures intended to save $26 billion to compensate for substantial first quarter losses. In the best of times, Saudi Arabia needs oil prices to trade above 80 dollars per barrel for it to balance its budget — and those are numbers that will not be seen anytime soon. Saudi GDP could shrink more than 3 percent this year, and the budget deficit could be as high as 15 percent of GDP. In addition, two-thirds of the Saudi national workforce is employed by the government, with wages accounting for about 40 percent of public spending.

The short-term impact will be mitigated, the country has a hefty reserve of $700 billion in foreign assets, but adventuresome foreign policy costs real money. Given the way the Saudi’s reckless behavior has backfired these past few years, perhaps this new economic reality might lead to a new and more productive Saudi Arabia on the world stage.

Debra Cagan is distinguished energy fellow at the Transatlantic Leadership Network. Previously she worked as a career State Department diplomat and Defense Department official from the Reagan to Trump administrations, including serving as deputy assistant secretary of Defense for Coalition, Peacekeeping, Humanitarian and Disaster Relief; senior director of European, Russian and Eurasian security issues; special adviser for Strategic and Nuclear Policy for Europe; senior adviser to U.S. and NATO military officials. Cagan also led negotiations for a highly enriched uranium agreement with Russia and headed coalition affairs for Iraq and Afghanistan.

Sasha Toperich is senior executive vice president of the Transatlantic Leadership Network. From 2013 to 2018, he was a senior fellow and director of the Mediterranean Basin, Middle East and Gulf initiative at the Center for Transatlantic Relations, at the Paul H. Nitze School of Advanced International Studies at Johns Hopkins University in Washington.