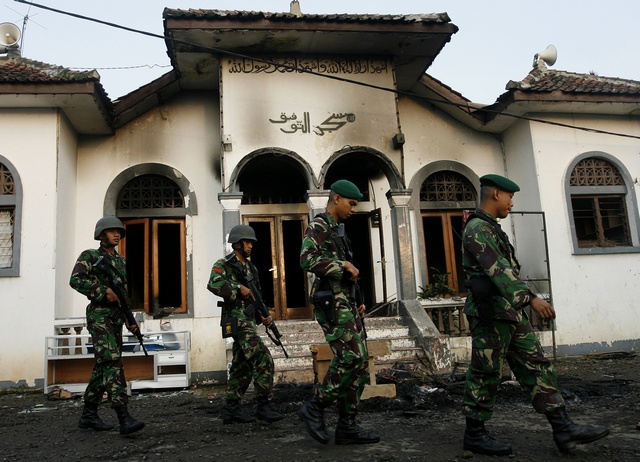 Imran Khan has dedicated much energy to the plight of Muslims around the world. Now, his government has finally decided to pay heed to the suffering of its own religious minorities, by putting together a long-planned commission last month. Days after the commission was formed, it was decided to exclude Ahmadis from it.

Since coming to power in 2018, Khan has vociferously spoken up for Muslim minorities, most notably for those in India. In the meantime, Khan has overturned decisions to include a preeminent Ahmadi economist in a financial advisory body, and has now retracted membership of Ahmadis from a commission that merely reaffirms them as a religious minority.

Pakistan is the only country in the world whose penal code bars some Muslims from reciting Islamic scriptures, issuing calls to prayer or preaching their religious beliefs. It is the only state where a Muslim can be sent to prison for coming out as Muslim. In fact, if deemed as ‘outraging the religious feelings’ of the majority, a Muslim can be sentenced to death for expressing their faith in Pakistan.

That means that Pakistan, using the ever-expanding definition of the term, is surely an ‘Islamophobic’ state like no other. One that has a religious apartheid in place, legalised by its constitution, not only taking away the fundamental rights of Muslims, but adding to the discrimination against the community by allowing open calls for murder.

The Muslims facing this systematic persecution belong to the Ahmadiyya sect of Islam, which was ‘officially’ excommunicated by the second amendment to the Pakistani constitution in 1974. But as Pakistan has effectively banned a version of Islam, this allows the state to issue claims of ‘Islamophobia’ instead of being on the receiving end of those allegations.

It is the Ahmadiyya’s faith in the group’s founder, Mirza Ghulam Ahmad, as a messiah, that is interpreted as ‘heresy’ by leaders of other Islamic sects, claiming the belief to be in confrontation with Islam establishing Muhammad as the final prophet.

The orthodox Muslims’ tussle with Ahmadiyya Islam, founded in late 19th century in what was then British India, is nothing new; it predates Pakistan’s creation. Poet and philosopher Dr Muhammad Iqbal, venerated as the ‘ideological father’ of Pakistan, had a brief stint as an Ahmadi, before he turned against that community. When the state’s founder Muhammad Ali Jinnah had largely abandoned politics, he was convinced by the Ahmadiyya imam of the Fazl mosque, London’s first purpose-built mosque, Abdul Rahim Dard to return to India and prove ‘allegiance to the Muslim cause’ in 1933.

In 1953, anti-Ahmadiyya riots were sparked, prompting the court setup to enquire into the violence reviewing the definition of Muslim. The court, concluding that none of the sects ‘are Muslim’ according to another’s interpretation, cited Iqbal’s conversion to Ahmadiyya Islam to quell calls for Ahmadis to be declared non-Muslim.

Ironically, Iqbal was also quoted when Ahmadis were constitutionally apostatised in 1974, under the leadership of self-proclaimed secularist Zulfikar Ali Bhutto. His opportunistically self-contradicting predecessors gave military dictator Zia-ul-Haq the grounds to unleash full-blown Islamisation of Pakistan, including the codification of Ahmadiyya apartheid through Ordinance XX of the Penal Code in 1984.

Over the past 36 years, reports of Ahmadis being arrested for expressing their faith, or mosques being torched have regularly surfaced, in addition to Islamist mobs murdering members of the community. In 2010, the Taliban raided Ahmadi mosques in Lahore, killing over 80 worshippers in what was the goriest manifestation of Pakistan’s constitution – which, like Islamist terror groups, apostatises certain Muslims and establishes death for blasphemy.

The growing violence has prompted an exodus of Ahmadis from Pakistan to the UK, with the community’s headquarters at Fazl mosque. Even so, Pakistan’s anti-Ahmadiyya violence has reached the UK as well, with an Ahmadi man killed in Glasgow for his faith four years ago.

Back in Pakistan, public messages like ‘Ahmadis and dogs not allowed’ appear in shop windows. While political parties across the board have actively engaged in this sidelining of Ahmadis. Barjees Tahir, a former federal minister, and a leader of the largest opposition party, Pakistan Muslim League-Nawaz (PML-N), called the decision to include Ahmadis in the minority commission a ‘conspiracy’ of the government.

Pakistan, which has disowned the first Muslim Nobel laureate owing to his Ahmadi faith, has now gone from a country that refused to recognise Ahmadis as Muslims, to one that rejects their status as a religious minority. Life for Pakistan’s Ahmadis shows no sign of improving and many are fearful of what future they have in Khan’s Pakistan.