As anti-Semitism increases, let’s remember how Morocco saved its Jews 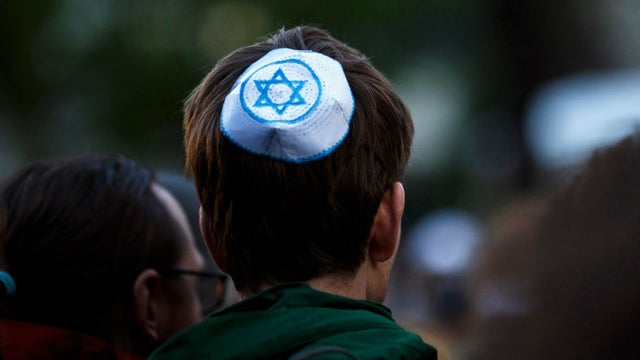 “There are no Jews in Morocco; there are only Moroccan citizens.” This was how King Mohammed V of Morocco responded to the Vichy government of France to the request to turn over Jewish citizens. “I do not approve of the new anti-Semitic laws, and I refuse to associate myself with a measure I disagree with,” he told the French government officials. “I reiterate as I did in the past that the Jews are under my protection, and I reject any distinction that should be made amongst my people.”

While other rulers made common cause with the Nazis due to their shared anti-Semitism, Mohammed V was a strong supporter of the Allies, and he took seriously his role as “Commander of the Faithful,” which entailed protection not only of Muslims but of his Jewish and Christian subjects as well. During the Vichy rule, no Moroccan Jews were deported or killed.

My parents escaped from Belgium to Casablanca en route to the United States during the war and thus were saved. Recently, I met with Hillary Clinton, and she mentioned to me that she had just returned from a trip to Morocco. She asked me if I was aware of the country’s history of benevolence toward its Jewish community. I told her that my own family was a beneficiary of that history and that I was traveling to Morocco myself in a few days.

During my eye-opening trip to this beautiful country, on which I was accompanied by my wife, as well as Sen. Joe and Hadassah Lieberman, I saw firsthand what created the Moroccan tradition of tolerance and respect for minorities, including and especially the Jewish minority. The Jewish community in Morocco dates to the time of the destruction of the Temple in Jerusalem. Although the Jewish population has dwindled, the country has a rich Jewish history.

Over the centuries, Morocco has been the home of many great rabbinic leaders. Going back a thousand years, the Hebrew grammarian and poet Dunash ibn Labrat lived in Morocco, and the family of the great Rabbi Isaac Alfasi stemmed from Fez. Maimonides composed his monumental commentary on the Mishnah while living in Morocco. This alone demonstrates the significant Jewish history of the country.

Before the founding of the State of Israel, a quarter of a million Jews lived in Morocco. The Moroccan Minister of Religious Affairs, Ahmed Toufiq, refers to the emigration of Jews away from Morocco as the catastrophe, which contrasts with the Palestinian view of the creation of Israel as “the catastrophe” (“Nakba”).

On my trip, I was hosted by Serge Berdugo, Secretary-General of the Council of Jewish Communities of Morocco. His father, Joseph Berdugo, met secretly with Mohammed V in 1940 in the royal palace. The sultan asked Joseph Berdugo to pass on a message to the Jewish community: “I know your fears, but I ask you to assure my Jewish subjects of my constant and full protection. Let them know that nothing will affect them that did not affect first my family and myself.”

Morocco, with its long tradition of tolerance and protection of minorities, can and should serve as a model of moderation for the Muslim world.

The current king of Morocco, Mohammed VI, has begun a project of restoration of synagogues and Jewish cemeteries, restoring a dozen synagogues, 167 cemeteries, and 12,600 graves, in recognition of the importance of Morocco’s Jewish heritage.

Morocco also contains the largest mosque outside of Mecca and Medina, with room for more than 100,000 worshipers. The mosque’s architecture pays homage to the Abrahamic Faiths — Christianity, Judaism, and Islam. The Moroccan constitution mentions the “Hebraic influences,” which nourished and enriched the kingdom.

The Moroccan government insists that mosques be a place of prayer, not of politics, and fights radicalization. Of the thousands of imams in the country, a handful is dismissed each year for radicalism. The school for imams includes Judaism in its curriculum, even teaching students about the six orders of the Mishnah.

The Orthodox Union (OU) certifies many products from Morocco, and we hope to continue to work with the community to increase certification and export of Moroccan food products to bring their rich flavors to Kosher consumers around the globe. Expanding kosher certification to more Moroccan products would be beneficial both within Morocco as well as outside.

As I traveled from Casablanca to Marrakesh, and I saw the landscape change from verdant plains, to the desert, to the snow-capped peaks of the Atlas Mountains, I couldn’t help but think that the diversity of the landscape was a metaphor for the variety and diversity of Morocco’s population. But beyond its natural beauty, what is remarkable about Morocco is its moderation and tolerance. As a Muslim nation that respects its religious minorities, its history of having saved its Jews should be celebrated.