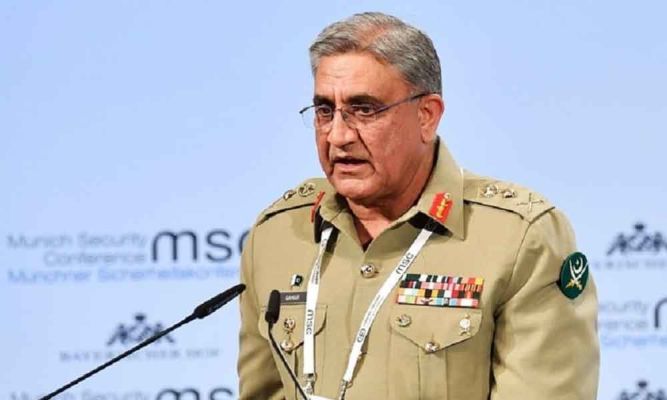 Pakistan’s Chief of Army Staff, General Qamar Bajwa, has landed in a legal and religious trouble. A petition was filed against him accusing him of serving the Army as its head despite being an Ahmadi Muslim. In Pakistan, Ahmadis are declared as non-Muslims and cannot head the army. Most orthodox Muslims in Pakistan do not accept Ahmadis as Muslims as the movement itself had its origins in northern India in the late 19th century.

If the petition against Bajwa is true, then it becomes the biggest irony of Pakistan. Because, this is a country where Ahmadis face harassment, threats, lose jobs and are ostracised, apart from being abducted and killed. The sect is also a victim of frequent terror attacks and incarceration in Pakistan. Since the introduction of anti-Ahmadi laws, many have been killed and the others have relocated to Rabwah from Lahore. The Ahmadi sect is hounded in a number of Muslim nations including Indonesia and Algeria.

Ahmadis are usually the defendants in thousands of blasphemy cases in Pakistan which carries nothing less than death penalty. It was in 1974 that a self-righteous Muslim Ulema prevailed upon Zulfikar Ali Bhutto to send the question to Parliament where even left leaning secular politicians voted to declare the community non-Muslim. It is a country where Nawaz Sharif had to apologise for calling them ‘our brothers’ after members of the community were massacred in 2010 in broad daylight. Under the tenure of Bajwa, the atrocities against Ahmadis have only raised. Perhaps, he is acceptable to the anti-Ahmadi nation because he is more anti-Ahmadi than the others among the ruling class. He is also the one who has planned and executed Kartarpur corridor to trouble India endlessly, going by the admission of one of Imran Khan’s own Ministers. More of a Nazi blood and Nazi hatred seems to be existing in Bajwa’s blood. It is again ironical that Ahmadis are safer in India where even the courts have established their Muslim identity. These are also permitted by fellow Muslims of other sects to sit on the All India Muslim Personal Law Board, a body of religious leaders that the Indian government recognises as representative of India Muslims. However, Pakistan which mainly comprises Sunni Muslims, has persistently used Islam for political interests and has brought Islamists to the centre of Pakistan’s imagination as a State. Arguably, the first major victim of the majority Sunni ruling elite’s Islamic vision was Jinnah himself: as a Shia Muslim by Islamic faith, Jinnah was accorded two separate funerals.