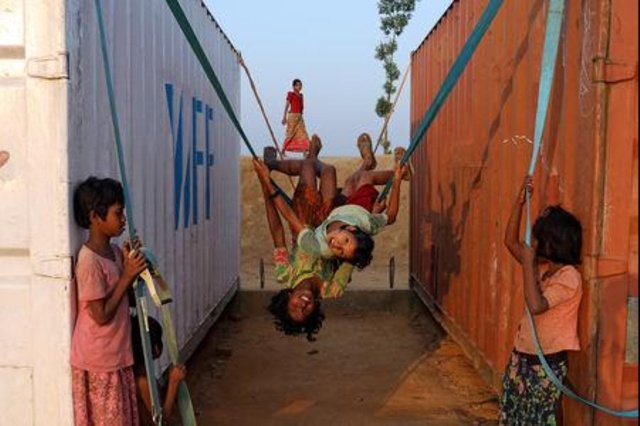 In light of the news that came just last week of the bombing of a camp for displaced people in north-west Syria, the attention of the UK was once again drawn to the war-torn region. With the BBC reporting that  12 refugees were killed and a large portion of the wounded were young children, sympathy is roused among newsreaders. But not much more. The distance of this conflict from our Brexit and election dominated news sphere renders stories like these as little more than statistics to be frowned at before moving on and forgetting.

Dwelling in the comfort of a relatively peaceful Britain, we are alienated from the severe reality of the lives faced by those under the threat of ISIS. It is crucial that we are made aware of the plights of these people; we as British people must become more engaged so as to be better equipped to make a difference.

One such plight is that of 33-year-old Shadia.

A young woman enjoying a comfortable life with her father in Syria, Shadia was living in peace as any young person deserves. However, her life was shattered in the spring of 2013, when airstrikes and barrel bombs were wreaked upon her village. The ammunition was to target government opposition troops, but a hospital was struck. Several hundred innocent people were killed and many more injured over the following weeks.

Shadia lost dozens of family members during this time, many of whom were children. She attended more burial ceremonies than she can remember. Her brothers and cousins had ventured towards the bomb sites to help those who were injured. A car returned full of their bodies.

Airstrikes continued and Shadia and what family she had left remained holed up in their house. With no electricity or running water, they were confined to the basement and used only candlelight at night, so as to avoid unwanted attention from the militia. Managing to spark a backup generator into life, Shadia survived in that house for a further year. She sold all her possessions to pay for fuel despite skyrocketing prices, as well as bread and water for herself and her sole surviving neighbour and their children, who were severely injured by the bombings.

Shadia had made it this far, but then the militia turned violent. They began raiding homes, pillaging and murdering survivors in the village. Anybody spotted attempting to reach a hospital were picked off by snipers. Eventually, the militia broke into Shadia’s house and found her hidden and terrified.

She was assaulted multiple times before the order came that she was to be taken to be a Daesh bride.

A ray of hope eventually came and Shadia escaped via a secret staff passage in her house, with the help of her one surviving neighbour. She was stashed in a food delivery van and nearly suffocated on her way to the border. Tragically, when Shadia reached the border, who she thought was her smugglers were revealed to be human traffickers who brutally assaulted her, knocking out her teeth.

Escaping the clutches of the traffickers, Shadia thankfully made it to Greece and then to the UK. Now living with arthritis, she is being supported by the non-profit charity Goodwill Caravan.

Stories like Shadia’s are crucial for our information as to the acuteness of the danger refugees are facing. But this is just the first step: the next step is action. There are many ways we can help people like Shadia. One such method is charitable donation. Tanweer Khan, the founder of the socially responsible social media platform Labayk, has pledged to donate 50% of any profits to charities of users’ choice. Simply by being a member of a project like Labayk, we can help people like Shadia at no cost to ourselves, as it supports projects like Goodwill Caravan.

It is time that these stories become more than just statistics on the screen. These people are real and their struggles equally so. You can
find out here how you can play your part in helping people like Shadia and start to make a real difference.