Pakistan on Friday rejected a report on religious freedom in the country by the US Commission on International Religious Freedom (USCIRF), terming it as “biased” and “unsubstantiated”. Among the key findings of the report issued by the USCIRF were, in 2018, religious freedom conditions in Pakistan generally trended negative despite the government taking some positive steps to promote religious freedom and combat religiously motivated violence and hate speech.

During the year, extremist groups and societal actors continued to discriminate against and attack religious minorities, including Hindus, Christians, Sikhs, Ahmadis, and Shia Muslims, the report said. It said that the Pakistan government failed to adequately protect these groups, and it perpetrated systematic, ongoing, egregious religious freedom violations.

The Foreign Office, in a statement, said “Pakistan has seen the recent report issued by the US Department of State on International Religious Freedom… The report’s segment on Pakistan is a compendium of unsubstantiated and biased assertions. As a matter of principle, Pakistan does not support such national reports making observations on the internal affairs of sovereign states. Pakistan, therefore, rejects these observations.” It said Pakistan was a multi-religious, multi-cultural and pluralistic society where people of different faiths were living together and their contributions to society added to its richness and diversity.

The FO said the right of people with different faiths were guaranteed under the constitution and these constitutional guarantees were underwritten by a vigilant judiciary that had demonstrated resolve to protect the fundamental rights – including religious freedoms – in recent high-profile cases. 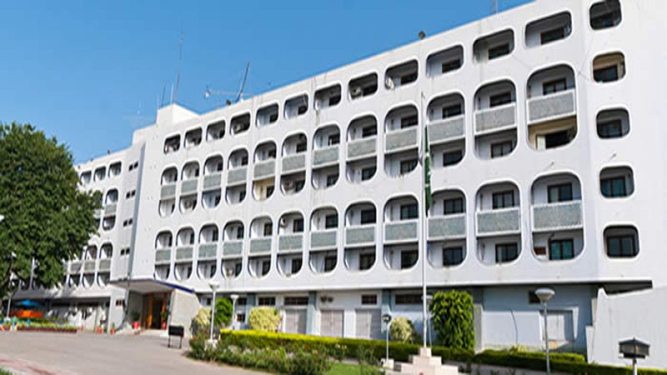