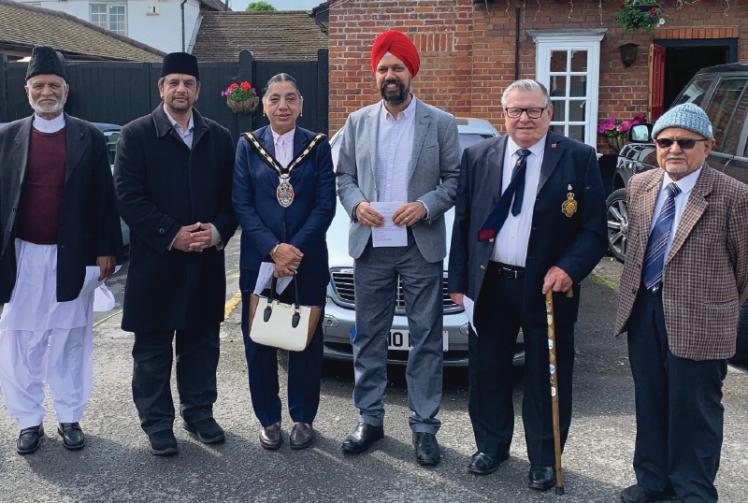 The president of the Ahmadiyya Muslim Community said the group was ‘incredibly honoured’ to help commemorate the 75th anniversary of the D-Day Landings.

The group joined the Royal British Legion’s Cippenham branch on Saturday (Jun8) for a prayer service opposite the Cenotaph in Lower Cippenham Lane.

President Atiq Ahmad Bhatti delivered a short prayer for world peace that was delivered by His Holiness Hazrat Mirza Masroor Ahmad, the Caliph and head of the community at the 2019 Peace Symposium.

Atiq said: “It was an incredible honour for us to be a part of this very historic prayer service, remembering those who gave their lives for our country, so that we may live in peace.

“Their sacrifice will never be forgotten, nor their incredible bravery. May God grant them eternal peace.”