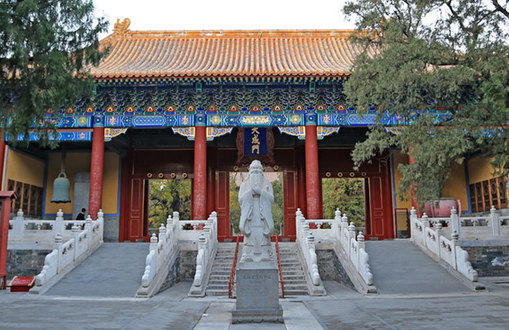 Originally built in 1302, Confucius Temple in Beijing is China’s second-largest temple dedicated to the great ancient Chinese thinker and teacher.  The Muslim Times is promoting secularism and interfaith tolerance in every country of the world

BEIJING (AP) — China has begun five-day Confucian culture immersion courses for religious leaders in the sage’s hometown as part of a campaign to extend government control over faith communities through a process of sinicization.

The ruling Communist Party’s United Work Front Department said in a news release issued Monday that the activity was designed to ensure the primacy of traditional Chinese values above all.

“To hold activities here … is a collective tribute to excellent traditional Chinese culture and a conscious identification and integration with Chinese culture,” said the release, posted on the department’s website.

President Xi Jinping has launched the harshest crackdown in decades on religious practices, especially those viewed as foreign such as Christianity and Islam, while at the same time elevating home-grown Confucianism.

While for decades the officially atheistic Communist Party attacked Confucius as a symbol of feudalism, he has been thoroughly rehabilitated in recent years as a means of rallying patriotism and countering foreign influences.

Confucianism’s emphasis on strict social organization, advancement through study and exam taking, adherence to hierarchy and maintenance of social harmony appeals especially to the heavily bureaucratic party, which brooks no challenge to its authority.

Confucius: His testimony for one God and against Pauline Dogma