A Scholar of Extremism on How Religious Conflict Shapes Sri Lanka 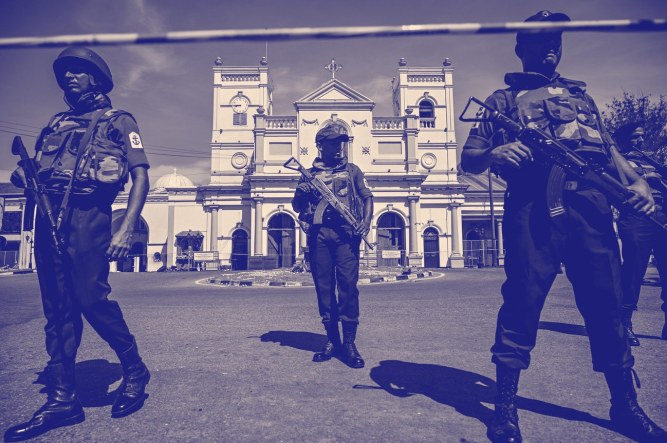 On Easter Sunday, terrorists slaughtered nearly three hundred people in Sri Lanka, in coördinated attacks at three churches and three luxury hotels. The government has said that the attacks were the work of suicide bombers from a single extremist group, and that thirteen people are being held in police custody. On April 11th, the country’s deputy inspector general had issued a letter to government officials saying that National Thowheed Jama’ath, a radical Islamist group based in South India, was planning a terrorist attack, but the Prime Minister, Ranil Wickremesinghe, has said that he did not receive the warning. Since the attack, the government has shut down Facebook and other social-media platforms, which recently were used to incite anti-Muslim violence in the country.

Sri Lanka has experienced intermittent violence since the end of a brutal civil war, which lasted from 1983 to 2009. In it, the government, dominated by Sinhalese Buddhists, who make up a large majority in Sri Lanka, defeated the insurgent Tamil Tigers, a militant group that emerged from the Tamil minority, which is overwhelmingly Hindu and makes up about fifteen per cent of the country. Muslim and Christian minorities, both of which make up about eight-to-ten per cent of the population, have also historically faced discrimination.

To discuss Sunday’s atrocities and the political situation in Sri Lanka, I spoke by phone with Amarnath Amarasingam, a senior research fellow at the Institute for Strategic Dialogue who studies extremism in Sri Lanka and the region. During our conversation, which has been edited for length and clarity, we discussed social media’s role in exacerbating ethnic conflict, concerns about Islamic extremist groups gaining a foothold in Sri Lanka, and the Buddhist majority’s “majority within the minority” complex.