The massacre in churches in Sri Lanka forms part of a global pattern of religious persecution and hostility. To target Christian churches on their holiest day of the year is not only an attempt to kill as many families as possible, but also to maximise the shock and demoralising effect of the attack, a tactic familiar from the sectarian wars in Iraq. If this atrocity was perpetrated by jihadis, as seems likely, it is also an attempt to bring about a clash of civilisations.

This is not the pattern of most religiously inspired murder, not least because it is an assault by a minority on a larger population. Usually, persecution is carried out against minorities: Christians are persecuted to a greater or lesser degree across much of the Muslim world, from Sudan to Pakistan, as are atheists. Christians and Muslims are attacked in India. Some of the most savage persecution is directed at small and isolated groups. In that light, the Yazidi minority of Iraq are probably the worst persecuted people in the world, at the hands of Islamic State, which systematically murdered, raped and enslaved them as part of a religiously motivated genocide. Christians and Muslim minorities are brutally repressed by atheists in China, where up to a million and a half people may have been herded into “re-education” camps, and by Buddhists in Myanmar; the Ahmadiyya sect is persecuted by other Muslims in Pakistan.

In almost all these cases, the persecution is justified as necessary to the safety and harmony of the state. The ideal of religious tolerance is relatively new and not widely accepted even as an ideal outside the west. The Roman Catholic church only came round to it in 1966. The US invented the doctrine of the separation of church and state, and seems to have spent much of the past 50 years trying to uninvent it. The British government has recently been trying (and failing) to find a definition of “extremism” that would enable it to punish the holders of obnoxious religious beliefs. None of these efforts are nearly as chilling and dictatorial as Pakistan’s blasphemy law, which nearly led to the judicial murder of Asia Bibi earlier this year, and has led to the murder of politicians who spoke out in her favour. But they seem to show how difficult it is for even enlightened governments to practise complete religious tolerance.

Freedom of religion is a surprisingly complex idea, because it isn’t only the apparently unproblematic freedom to believe whatever you want. It couldn’t just be that. Religions bind belief to action. They deal in moral questions as well as metaphysical and social ones, and moral beliefs are about what we should do and how we should treat other people. As such, they can’t be private. They affect the world outside our minds. This is not a problem that any society can solve by saying that everyone should live according to their own code of morality, for moral injunctions ought by their nature to be binding on everyone. To take some obviously contested examples from the contemporary culture wars: if either racism, or abortion, are always and everywhere wrong, then they should be always and everywhere forbidden, and those who believe in them should have their freedom to act on these beliefs restricted. That is why in the UK there are laws restricting hate speech, while in parts of the US there are laws restricting abortion instead. 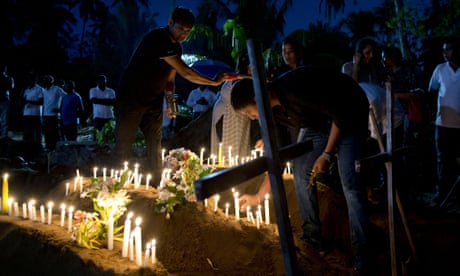 ‘So many lives in one day’: Sri Lankans mourn after Easter carnage

Yet these restrictions are not persecution. There is a vital distinction between preventing someone from acting on their beliefs and punishing them for believing in the first place. The state has a right to prevent the expression of beliefs in actions that are directly harmful. That is why Jehovah’s Witnesses are not allowed to refuse their children life-saving blood transfusions in British hospitals. But it has no right to persecute them – as the Russian state does – because their beliefs are strange. No state and no society can function without some moral rules, which must be enforced. But all can, and should, welcome a wide diversity of belief and practice within that framework. Too often, the urge to shut down an argument is the urge to shut down and force into submission the person making it.