The trial of Najib Razak: former PM to face court of over global 1MDB scandal

On Wednesday, the trial of the former Malaysian prime minister Najib Razakwill finally begin, after a two-month delay.

Najib, who was unexpectedly toppled from power in a general election in May 2018, has been arrested multiple times over the past year on charges relating to 1MDB, a vast corruption scandal which saw billions of dollars embezzled from a Malaysian state fund set up by Najib.

During Najib’s tenure, billions were illicitly spent around the globe on everything from Manhattan real estate and hotels, to yachts, Picasso paintings, diamonds and Hollywood films. It is alleged that about $1bn ended up in Najib’s personal bank account. Najib has said he had no knowledge of the multibillion dollar fraud.

What charges is Najib facing?

Overall Najib has been slapped with 42 criminal charges relating to 1MDB – 27 money laundering charges, nine for criminal breach of trust, five for abuse of power and one for audit tampering – and Wednesday’s trial is just the first of several trials he is due to face.

It specifically relates to financial transactions from SRC International, a company that was a subsidiary of 1MDB. Najib will be facing three charges of criminal breach of trust, three charges of money laundering and one charge of abuse of power, relating to $10m of SRC International funds that allegedly ended up in Najib’s personal bank account. Najib denies all seven charges.

Malaysia is not the only country who has been investigating 1MDB. At least six countries, including the United States, Switzerland and Singapore, have launched money laundering and graft investigations into 1MDB. Malaysia is also seeking reparations of $7.5bn from Goldman Sachs, the investment bank which is accused of facilitating much of the misappropriation of funds. 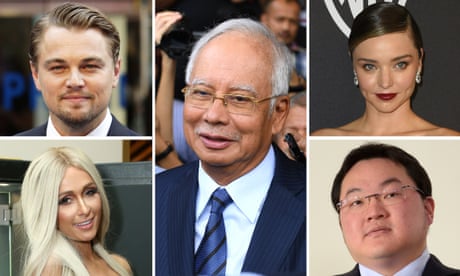 Why was the trial delayed?

The trial was originally scheduled to begin in mid-February, but was postponed less than 24 hours before it was due to begin when Najib’s lawyers put in appeals over pre-trial matters, such as requesting a gag order to to prohibit the media and public from discussing the merits of the criminal case, which was later denied by the judge.

Najib’s lawyer Shafee Abdullah has been accused of using delaying tactics to hold up the trial, in order to give Najib more time to drum up support among the Malaysian people and build up animosity towards the new government, who are under a lot of pressure for the trial to proceed. Najib has recently been on a charm offensive, even releasing a cover song and accompanying music video in which he proclaims his innocence.

The reasons used to delay the pre-trial appeal hearings over the past few weeks included Shafee being bitten by a dog.

How long will the trial go on for?

The trial is expected to last around a month. However, it is just the beginning of lengthy legal proceedings for Najib. His second trial, for 21 charges of money laundering and four charges of abuse of power relating to 2bn ringitt ($490m) of 1MDB money, is already scheduled to begin on 15 April. Dates for a third trial relating to further abuse of government funds has been set for 8 July, with two subsequent trials to follow after that. Najib’s wife, Rosmah Mansour, is also due to face trial on graft charges. She also maintains her innocence.

How likely is Najib to be convicted?

The Malaysian government is said to be starting legal proceedings against Najib with the SRC-related charges because they are said to be some of the easiest to prove. Unlike most 1MDB transfers, which used foreign banks and companies, transactions involving SRC were made through Malaysian entities and there is allegedly a paper trail.

Prosecutors have handed nearly 3,000 pages of documents to the defence ahead of the trial, which include statements from 26 witnesses, some of whom were SRC officials, who will likely be called to testify. The prosecution is expected to use the trial to publicise in detail the extravagant spending of Najib and his wife Rosmah which is alleged was funded by the misappropriated state funds.

If he is convicted on at least one of the seven charges, Najib is facing both fines and jail time of up to 20 years.

How significant is the trial for Malaysia?

Malaysia has been waiting for almost a year for the trial to proceed and after the protracted delay, the country is already on tenterhooks. It will be a historic moment for Malaysia – Najib will be the first former prime minister put on trial for crimes allegedly committed in office.

While millions of Malaysians are hoping to see justice done for the graft which has financially crippled the country, Najib’s trial and possible conviction and jailing is particularly important for the new government, led by 93-year-old Mahathir Mohamad. The government has faced criticism for the slow pace of the proceedings against Najib and more generally are facing a national shift against them for failing to deliver on several promised reforms almost a year after they took power. The current government are hoping to capitalise on the Najib trial, and the airing of his dirty laundry, to win back favour from voters and discredit the opposition, Najib’s old party UMNO.