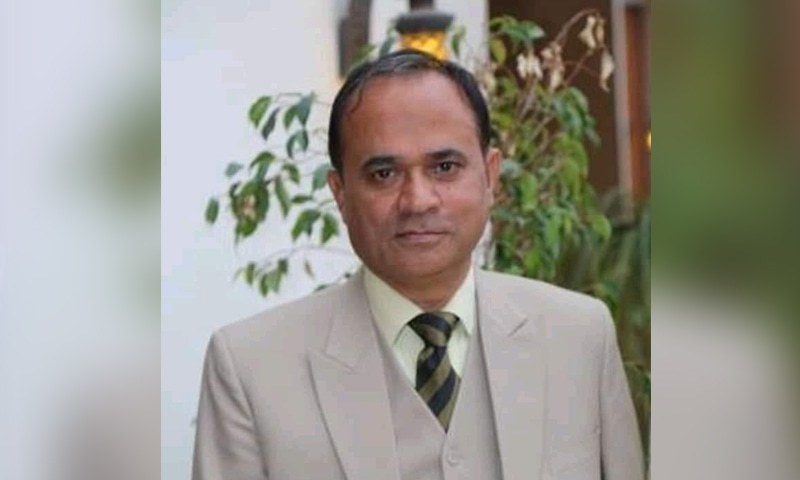 An anti-terrorism court (ATC) in Bahawalpur on Thursday remanded to police custody a college student arrested yesterday for allegedly stabbing a professor to death for organising a mixed-gender reception at the institution.

The suspect, a 5th-semester BS student at Government Sadiq Egerton College identified as Khateeb Hussain, allegedly stabbed Associate Professor Khalid Hameed, the head of the English department, after a heated exchange over the arranging of a “welcome party” at the college.

The event, which Hameed was overseeing, was to be held on March 21 to welcome new students to the college, police had said. Police sources told DawnNewsTV that Hussain was averse to the event being organised because he viewed the mingling of male and female pupils at the function as “un-Islamic”.

Police produced the suspect in court seeking his remand for an investigation into the matter. Although Khateeb has confessed to the crime, the police wished to initiate a thorough probe into the circumstances surrounding the murder. The court subsequently granted police 15-day physical remand of Khateeb.

Bahawalpur District police Officer Ameer Taimoor Khan has said that information and technology tools are being used to investigate the matter.

He added that forensic clues are also being taken into consideration while reassuring that the professor’s family will be provided justice.

Classes at the college remain suspended for a second consecutive day today and will resume on Monday, March 25.https://www.dawn.com/news/1471001/bahawalpur-student-suspected-of-murdering-professor-remanded-to-police-custody