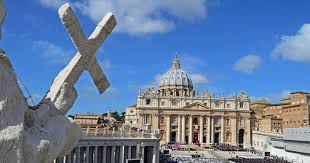 Two cardinals said that the rampant sexual abuse in the Catholic Church is due to the “plague of the homosexual agenda” spreading through the denomination.

“We turn to you with deep distress!” Cardinals Raymond Burke and Walter Brandmüller wrote to the presidents of bishops’ conferences in an open letter on Tuesday. “The Catholic world is adrift, and, with anguish, the question is asked: Where is the Church going?”

The cardinals added that the church’s sex abuse troubles are “only part of a much greater crisis” fostered by the “homosexual agenda” and a “climate of complicity.”

“Before the drift in process, it seems that the difficulty is reduced to that of the abuse of minors, a horrible crime, especially when it is perpetrated by a priest, which is, however, only part of a much greater crisis,” the cardinals wrote. “The plague of the homosexual agenda has been spread within the Church, promoted by organized networks and protected by a climate of complicity and a conspiracy of silence.”