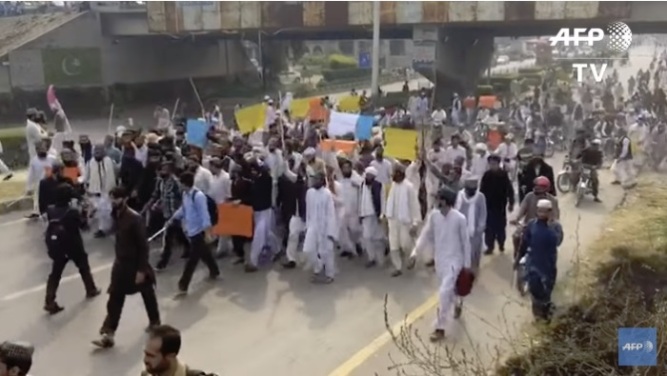 Angered Muslims in Pakistan protest the release of Christian mother Asia Bibi after she spent eight years on death row on Oct. 31, 2018.  The Muslim Times strongly condemns this exploitation of our Christian brethren and sisters

An angry Muslim mob in Pakistan displaced about 200 Christian families from their homes after four Christian women were falsely accused of blasphemy last week.

The organization reports that a Muslim woman named Samina Riaz accused four Christian women who ranged in age from 14 to 30 of desecrating the Quran last Tuesday, according to an eyewitness.

The accusation was made after Riaz and her husband were asked by their Christian landlord, Amjad Dildar, in January to vacate a home they were renting because the Muslim couple was “causing trouble among the Christian families in the community.”

Saint Francis Of Assisi And Islam

Abu Dhabi Forum: Pluralism and Covenant of the Prophet Muhammad