The Internet Can Make Us Feel Awful. It Doesn’t Have to Be That Way 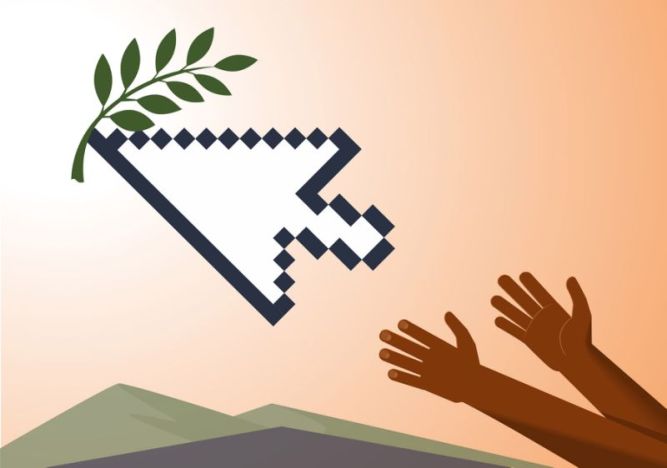 What broke the Internet? Was it the business model, the tech bros’ myopia, Russian infiltrators, millennials? Lately commentators have heaved a world-weary sigh and pointed at a more existential culprit: human nature. That sounds like a compelling, intuitive -answer—after all, people online do lots of awful and ugly stuff. As a diagnosis, though, it’s dangerously superficial and lets tech companies off easy. The worst qualities of online space aren’t inevitable: they’re a natural result of a lack of human dignity.

Dignity—literally “worthy” in Latin—matters because it’s an idea that we’ve returned to again and again over the centuries as a way of understanding how humans can live together decently, respectfully. But it’s been absent from our recent conversations about technological ills. This history puts in a new light what’s gone wrong online—and suggests how we might set it right.

Consider the relationship between dignity and conflict described by Donna Hicks, a Harvard conflict–resolution expert who has worked on the conflicts between Israelis and Palestinians and in Northern Ireland and Colombia. Over decades in the field, Hicks saw a repeating pattern: conflicts came about when people felt they were being disrespected and treated as worthless. “We long to look good in the eyes of others, to feel good about ourselves, to be worthy of others’ care and attention,” Hicks writes. When people are treated as if we don’t matter or aren’t due respect, we become vindictive, tribalistic and vengeful. “Research suggests that we are just as programmed to sense a threat to our dignity as we are to a physical threat,” Hicks writes. “Neuroscientists have found that a psychological injury such as being excluded stimulates the same part of the brain as a physical wound.”