20 Muslim Inventions that Shaped Our World

1001 Inventions: Discover the Muslim Heritage in Our World is an exhibition which began a tour of the UK this week at the Science Museum in Manchester. Paul Vallely, Associate Editor at the Independent, lists 20 of the most-influential inventions from the Muslim world.

“From coffee to checks and the three-course meal, the Muslim world has given us many innovations that we take for granted in daily life.”

Here are the top Muslim achievements that have shaped our world:

1. Legend tells of an Arab goat herder who noticed their change in mood when his goats ate a certain berry. He boiled the berries and came up with the first coffee.

2. The ancient Greeks thought light emitted from the eye (like a laser) causing us to see. It was a Muslim mathematician in the 10th Century that instead realized light entered intothe eye. Astronomer and physicist Ibn al-Haitham invented the first pin-hole cameraafter observing light entering a hole in the shutters. The smaller the hole was, the clearer the image.

3. The game of chess we know today evolved from the players of Persia earlier than the 10th century. The rook comes from the Persian word rukh, meaning chariot. 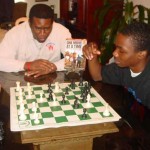 CHECK Out: From Slum Life in Uganda to Teen Chess Champion

4. The “first in flight” may not have been Wright. A thousand years before Kitty Hawk, Muslim poet, astronomer, musician and engineer Abbas ibn Firnas, made several attempts to construct a machine that would fly. First in 852, he used cloth stretched by wooden struts inventing what is thought to be the first parachute. At the age of 70, a machine of silk and eagle feathers held him aloft for 10 minutes after he leaped from a cliff. Baghdad airport is named after him.

5. It was Islamic ritual to bath and wash during times in Europe when bathing was considered bad for your health. Arabs originated the general recipe for soap we still use today: vegetable oils with sodium hydroxide and aromatic oils such as orange or thyme. England saw its first shampoo thanks to a Muslim.

6. Around the year 800, alchemy was converted into chemistry by Islam’s foremost scientist, Jabir ibn Hayyan. He invented many of the basic procedures and equipment still in use today – distillation, evaporation, crystallization, purification, filtration and oxidization. He discovered sulphuric and nitric acid. He invented the alembic still, for the creation of perfumes and alcoholic spirits. Ibn Hayyan was the founder of modern chemistry and a forerunner of the scientific method.

7. The crank-shaft, one of the most critical mechanical inventions of all time, central to the automobile engine, was created by an ingenious Muslim engineer called al-Jazari. His device could elevate water for irrigation around the year 1200. His Book of Knowledge of Ingenious Mechanical Devices documents his inventive uses for valves and pistons, mechanical clocks and the first-ever combination lock. He is called the father of robotics.

8. The process of quilting was introduced to Europe after Crusaders saw Muslim warriors wearing dual-layer shirts with layers of straw in between. The quilted shirts were an effective form of protection in battle as well as a form of insulation. It helped the Crusaders avoid the chafing resulting from their metal armour. Quilting became a cottage industry in the colder climates such as Britain and Holland. 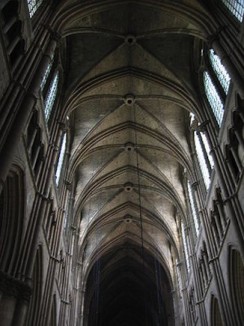 9. The pointed arch of European Gothic cathedral fame was borrowed from Islamic architecture. It was superior to the rounded arch used by the Romans and Normans, and allowed for much grander buildings. Other inventions by Muslims included ribbed vaulting, dome-building techniques and rose windows. Muslim genius was also behind the building of Europe’s castles with their “arrow slits, battlements, a barbican and parapets”. The square towers and keeps of Europe proved to be inferior to the more easily defended round ones. “Henry V’s castle architect was a Muslim.”

10. The 10th century Muslim surgeon called al-Zahrawi designed many of our modern surgical instruments still in use today: scalpels, bone saws, forceps, and fine scissors for eye surgery. He established by accident that catgut used for internal stitches dissolves away naturally (his monkey ate his lute strings!) and determined it can also be used to encase capsules of medicine. In the 13th century, 300 years before William Harvey’s assertions, another Muslim doctor named Ibn Nafis charted the circulation of the blood. We have Muslim doctors also to thank for inventing anaesthetics of opium and alcohol mixes and hollow needles to extract from the eye cataracts, which is a technique still in use today.