Nadine Shah: ‘I am just one version of a Muslim woman, and people don’t get to see a lot of my kind’

Elisa Bray meets with the Mercury Prize nominee to discuss Brexit woes, wanting to have children, and why the excessive drinking had to stop

Shah’s music covers everything from the rise of nationalism, refugees, divisive politicians and a pressing need for empathy ( Dog Day Press )

You might think music award ceremonies are all glamour and excess. Not for Nadine Shah, whose third album, Holiday Destination, was the bookies’ favourite to win the Mercury Prize this year. “I was looking after my parents,” says the singer-songwriter, “and I was knackered so I only popped into Lily Allen’s party for half an hour, then went home and cleared the cat’s litter tray.”

Holiday Destination may have lost out to Wolf Alice’s Visions of a Life on the night, but it was the more potent album. Blending her sullen monotone with an intense post-punk redolent of PJ Harvey, it bristled with prescient themes – the rise of nationalism, refugees, divisive politicians and a pressing need for empathy. It certainly struck a chord for many. Since its release last year, she’s won AIM’s Album of the Year award, and has been invited to give countless talks on political matters.

When we meet, she’s as happy as ever to discuss its troubling subject matter, because, she says, they’re even more pertinent today:

One of those topics, of course, is Brexit. “It’s just really sad; the most vulnerable people in society have been lied to and manipulated. And as a musician, it’ll affect us with touring,” she says, acknowledging how much harder and more expensive it will become to play abroad. “Touring is our bread and butter, and it’s also my favourite part of the job. That’s a real worry.”

The musician was born to a Norwegian mother, and a Pakistani father (Dog Day Press)

Born to a Norwegian mother and a Pakistani father in Whitburn, South Tyneside, Shah was introduced to politics from a young age by her older brother, a documentary maker. She remembers going to London as young as 10 years old to join him on protests. Back in the family home she was aware of news beyond the UK, thanks to the Pakistani television her father watched. 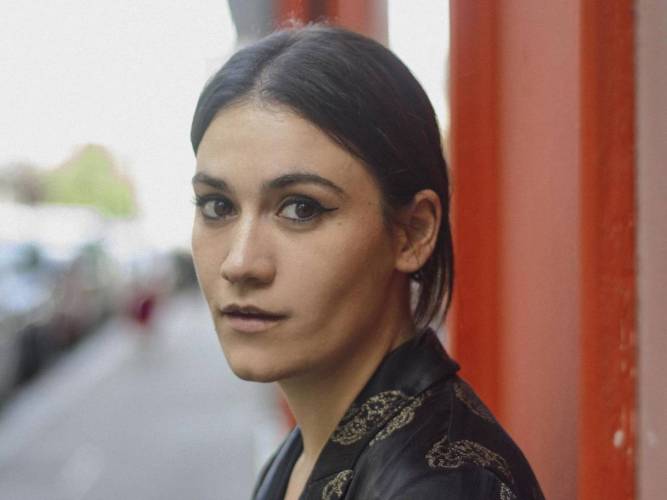