Half of white women continue to vote Republican. What’s wrong with them? 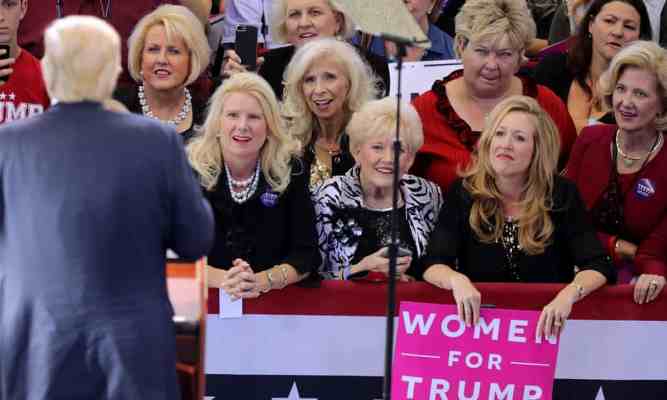 For the past two years, the American left has been haunted by a number: 53. It is the percentage of white women who voted for Donald Trump in the 2016 presidential election. In the sectors of the left where the figure and its implications have become a perennial theme, the number is treated both as disappointing and darkly unsurprising, a reflection of the conventional wisdom that white women would rather choose the racism espoused by the Republican party than join in the moral coalition represented by men of color and other women. On the left, this number can elicit exasperation, rage, and even suspicions about the moral legitimacy of the feminist project. It casts doubts on the political convictions of liberal white women, colors leftist perception of female-coded liberal political projects like the Women’s March, and has prompted long-overdue calls for increased political leadership by women of color.

The real story of white women voters is both more grim and more complex than the 53% figure reveals. The truth is that the 53% of white women who voted for Trump in the last presidential election was actually an improvement on even worse numbers from previous cycles. White women supported Mitt Romney at 56% in 2012, and supported George W Bush by 55% in 2004. Even these robust showings by Republican white women were down from their previous highs: Ronald Reagan won a staggering 62% of white women in 1984. All of these totals were lower than those for white men, who continue to support Republicans at alarming rates, but they were solid majorities nonetheless.

Preliminary results from this week’s midterm elections seem to suggest that the trend is continuing, with Republican candidates slowly losing the support of suburban white women across the country. According to the Wall Street Journal, white women’s overall support for Republicans slipped from the infamous 53% in 2016 down to 50% in 2018. CNN’s polling places white women’s support for Republicans just lower, at 49%. As the Republican party has shifted its rhetoric away from drab Romneyite fiscal conservatism and towards the sadistic racism that is Donald Trump’s stock and trade, there is some evidence that growing numbers of white women are turning away, repulsed.