Who’s to say it wasn’t the Belgians who are responsible for Khashoggi’s disappearance? Let’s not jump to conclusions

Trump has stayed as friendly as ever with the Saudi prince, and if he was shown film of the Saudis executing Khashoggi, he’d probably say, ‘Well, let’s not jump to conclusions. We haven’t seen what he did to irritate them’ 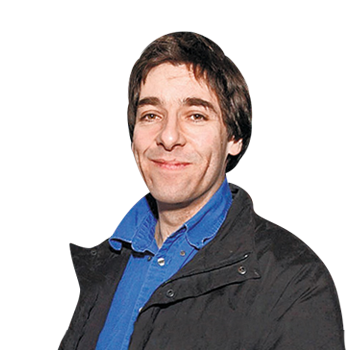 Who would have thought it would be Donald Trump to introduce a soft liberal attitude towards Islamic extremism? But we should give him credit for having the grace to change his mind. Because now he’s been presented with evidence the Saudis killed someone mildly critical of their regime, instead of making the usual speech about “never backing down before these evil murderers” and banning all Muslims from entering America, he’s modified his response to, “Oh well, I expect they couldn’t help it.”

Despite there being alleged tapes suggesting Jamal Khashoggi was murdered in the Saudi consulate in Istanbul, Trump has stayed as friendly as ever with the Saudi prince, and if he was shown film of the Saudis executing Khashoggi, he’d probably say, “Well, let’s not jump to conclusions. We haven’t seen what he did to irritate them.”

After the disappearance, his secretary of state, Mike Pompeo, was filmed laughing with the Saudi king, so the Trump regime seems to have adopted a pacifist “kindliness” approach towards violent forms of Islam.

From now on, instead of being critical towards jihadists, which may trigger off their anger issues, he’ll invite them for a weekend at the White House and get all his staff to give them a hug. He’ll take them to meet Melania for a chat about fashion, where she might discuss the latest designs in suicide vests, then sell them a couple of fighter jets to show they’re not judging them in any way, and wean them off their reported support for Isis through the power of love and positive thinking.

When asked if he was “giving the Saudis cover”, Trump said, “Saudi Arabia has been a very important ally of ours in the Middle East. Together we are stopping Iran.” And you can see what he means, because you can’t afford to get upset with dictatorships that kill their opponents when you need them in your moral battle against regimes so awful that they kill their opponents.

Trump went on to explain: “When I went there, they committed to purchase $450bn worth of things.”