The growing success of Alternative for Germany is not only a result of Angela Merkel’s compassionate response to the migrant crisis, but old east-west wounds that are yet to heal 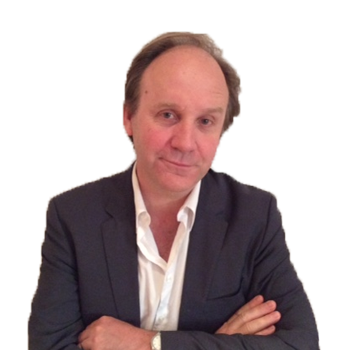 There’s something unsettling – call it utterly unhinging – about a fulminating mob screaming racist slogans in the streets, especially when the mob is in Germany. Such was the scene in the eastern city of Chemnitz over the summer, when a potpourri of hard-boiled extremists overwhelmed a series of demonstrations following a fatal stabbing, allegedly by an asylum seeker.

Mild-mannered Munich, like much of the rest of Germany, looked on horrified – first by the incident, then by the reaction to it.

The difference is that public opinion polling around Sunday’s state elections suggests that the far-right Alternative for Germany (AfD) will enter the parliament of the country’s largest region for the first time. This after the AfD won 94 seats in national elections last year.

The German media was quick to compare Chemnitz with Germany’s dark past, as was federal president, Frank-Walter Steinmeier. “Those that cry loud and strong for the ‘overthrow of the system’ must remember the consequences of the disgust felt for the first democracy on German soil [meaning the inter-war Weimar Republic],” he said.

But today’s fractured Germany only remotely resembles Weimar, the 14-year constitutional democracy overrun by the Nazis when Hitler became chancellor in 1933. Weimar faced a crisis of legitimacy because many Germans, at the time, felt humiliated by the diktat of the postwar settlement. Then came the dire economic and social consequences of hyperinflation in 1923, the crash 1929, and the extraordinary violence of Germany’s internecine interwar years. The assault section (AS), or “brown shirts”, established by Hitler from assorted thug elements in Munich in 1921, is seen by most historians today as an essential factor in his rise to power and they numbered in the hundreds of thousands by 1932-1933.

There’s no AS today. There is no sense of illegitimacy surrounding the government, whatever its problems. The German economy is the envy of Europe.

And yet, for historian Michael Wildt, writing in Die Zeit, “isn’t the lesson of Weimar that we should ban racist groups before they consolidate and develop … and clearly condemn racist violence (as in Chemnitz) when it’s perpetrated”, which the AfD did not do?

Despite all of this, the defining factor in current German politics is that Germany took more than a million asylum seekers at the height of the refugee crisis in 2015-16. In the seven years up to 2014 – so before the war-induced refugee influx mostly from Syria and Iraq – Germany took another 1.15 million immigrants, of which official statistics suggest 600,000 are still here. Such a dramatic demographic change in just 10 years brings benefits around diversity and the labour force but also exceptional social pressure, and vast logistical challenges, for a country that some critics constantly describe – surely unfairly – as inward-looking.

Despite the influx, however, and partly because of it, Germany’s export-oriented economy continues to motor along, with high growth, low unemployment and a whopping budget surplus.