London (CNN)Middle-age drinkers are more concerned about their embarrassing or childish behavior resulting from drinking alcohol than about the health risks associated with it, a new study has found. 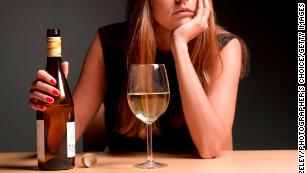 Researchers found that people ages 30 to 65 believe drinking is safe as long as they can still meet their responsibilities and their behavior remains socially acceptable.
The impact of alcohol on health was either “described as a minor concern or not considered at all” by middle-aged people included in the study, which analyzed drinkers in Britain, Australia, Japan and Norway.
The study by researchers at the University of Adelaide analyzed nine previous British studies and four from other countries to build an understanding of why middle-aged people consume alcohol.
Read more