The Muslims who cannot perform Haj 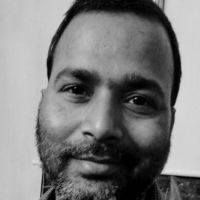 According to the Saudi Arabia government’s estimates, more than 20 lakh Muslims would perform Haj. The five-day annual pilgrimage began on August 19. Haj is among the five pillars of Islam and considered a pious religious duty of a Muslim. But not all Muslims are allowed to perform Haj.

Islam is divided into two major sects – Sunni and Shia. These are further divided into various sub-sects. One of the sub-sects is Ahmadiyya. The followers of Ahmadiyya sub-sect consider themselves as Sunnis deriving their faith from the Hanafi school of Islam.

These claims by Ahmadiyya followers have led other sects of Islam to denounce them as heretic. The Muslims believe that Prophet Muhammad was the last prophet sent by Allah.