We believe that Islam is a religion of moderation and promote Hijab rather than Burqa. Suggested reading: Hijab: Quran is to be Understood in the Context of Time – Every One Knows It But Does Not Say It and Urdu Video: Hijab or Purdah In Modern Days — Hazrat Mirza Tahir Ahmad

Boris Johnson, a ‘Burqa Storm’ and Perhaps Some Populist Calculations 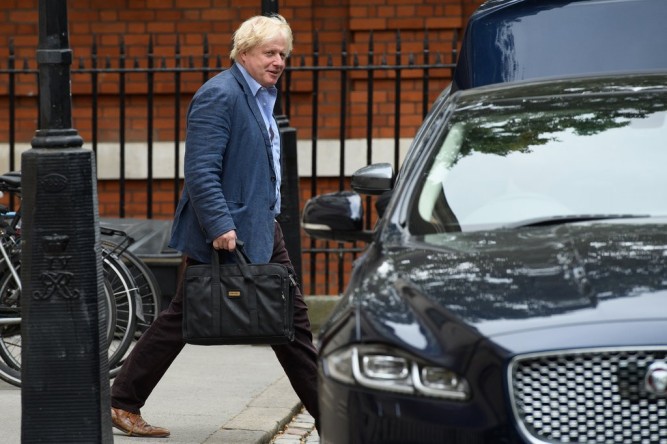 Perhaps more important than the substance of the remarks, however, was their author, Boris Johnson, the former foreign secretary who quit last month after clashing with Prime Minister Theresa May over Britain’s break from the European Union, known as Brexit.

The comments, in an article in The Daily Telegraph, prompted accusations on Wednesday that Mr. Johnson was taking a leaf from President Trump’s campaign book in his never-ending quest to become the Conservative Party leader and, ultimately, prime minister of Britain.

In a Twitter post, Sayeeda Warsi, a Conservative politician, characterized Mr. Johnson’s words as a “dog-whistle” aimed at the anti-immigrant, anti-Muslim factions that inhabit both the Conservative and Labour Parties in Britain’s fractured politics.

Tim Bale, professor of politics at Queen Mary University, concurred, saying, “You can’t really see anything Boris does other than through the prism of his own leadership ambitions.”

He added, “There’s no doubt he believes that using this kind of language will resonate with a certain kind of Conservative supporter, and that might do him good in the leadership contest to come.”

The article was devoted mostly to criticizing Denmark’s recent ban on the burqa. But Mr. Johnson also wrote that “it is absolutely ridiculous that people should choose to go around looking like letter boxes,” the British term for a mail box.

The “burqa storm,” as some British media outlets are calling it, has prompted Ms. May and others, including the Conservative Party chairman, Brandon Lewis, and senior Tory politicians, to force Mr. Johnson to apologize, something he has so far refused to do. Instead, he has accused his critics of “ridiculous” attacks and trying to shut down “legitimate debate.”

“The question of how a woman should dress is a matter for a woman’s individual choice,” Ms. May said. “Nobody should be trying to tell a woman how to dress. It’s imperative that everybody is careful in the language that they use. It is very clear that the language that Boris Johnson used to describe people’s appearance has caused offense. It’s not language I would’ve used.”

Ban the Burqa, Not the Burkini

No burqa required: Muslim world weighs in on women’s dress

Hijab: Quran is to be Understood in the Context of Time – Every One Knows It But Does Not Say It