This is a modal window.

Indonesia is in the grips of a second massive tremor, just a week following a major earthquake which killed 17 people.

Both Bali and Lombok were issued warnings in the wake of the disaster, which saw panic among both holiday makers and residents.

The highly popular island resorts remain a first choice for many British tourists, and many could soon be under threat from a tsunami.

Is there a tsunami warning?

Indonesian authorities have issued a tsunami warning for the city, as the earthquake struck with 7.0 magnitude.

The massive quake struck at a depth of 10.5km, just off the north coast of Lombok, prime conditions for a tsunami to take form.

So far, there have been no casualty reports, but these are likely to change as the situation develops. 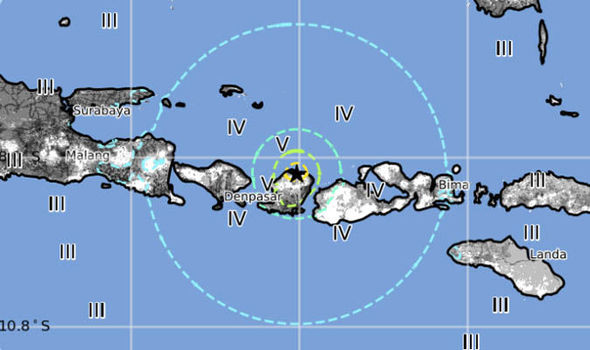 Bali Earthquake: Is there a tsunami warning? (Image: USGS)

The United States Geological survey has issued a yellow warning in the wake of the earthquake.

This means that possible loss to life and economy are likely.

“Some casualties and damage are possible and the impact should be relatively localised.

“Past yellow alerts have required a local or regional level response.” 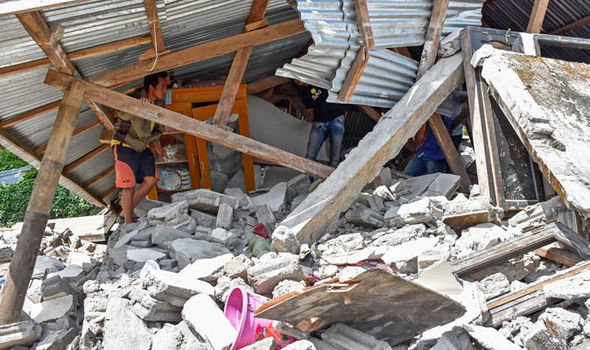 Can you still travel to Bali?

The tremors fro the massive quake were apparently felt as far away as Bali, which startled many holidaymakers at the resort.

East and north Bali felt tremors, but so far there have been no travel restrictions put own by the Foreign Office.

Bali officials have advised that people should move away from the ocean as the tsunami warning is laid down. 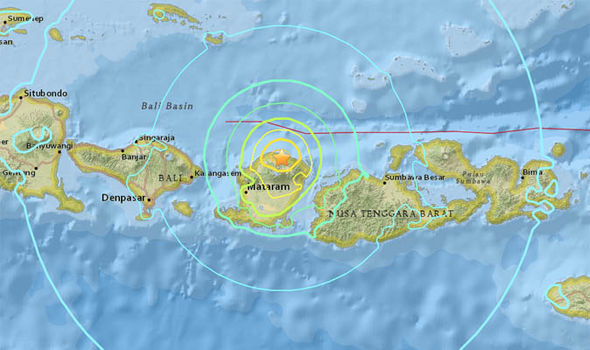 The full extent of the tremors is demonstrated here (Image: USGS