(CNN)As a Japanese-American who grew up behind the barbed wire of US internment camps, I sensed the cold dread that Muslims must have felt when they learned this week of the Supreme Court ruling upholding Donald Trump’s travel ban.

I could imagine the foreboding they must have experienced, being painted with a broad brush as potential terrorists — as threats to our national security, because we Japanese-Americans were likewise characterized as spies and saboteurs more than 75 years ago after the bombing of Pearl Harbor by Japan. 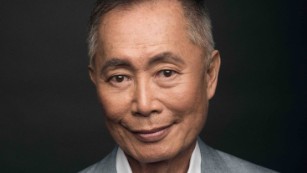 George Takei
With no evidence or charges, innocent American citizens of Japanese ancestry were imprisoned simply because of our race. And similarly today, people from five Muslim-majority countries (and two other countries) — without evidence of threat or wrongdoing — are banned or severely restricted from entry to this country simply because of their place of origin. And in both cases, this has been sanctioned by the highest court in the land.
Read more