Europe and America part ways when it comes to “religious freedom”

RELIGION and human rights have always had an intense, tortured relationship. On one hand, liberty of conscience and belief is one of the first and most fundamental principles enshrined in the Universal Declaration on Human Rights, the European Convention on Human Rights and other documents that lay out humanity’s minimum entitlements. On the other hand, secular campaigners often blame oppressive forms of religion for a high proportion of the worst assaults on human welfare: from religiously inspired ethnic cleansing to female genital mutilation to the nihilist jihadism which treats every form of faith but its own as a legitimate target. 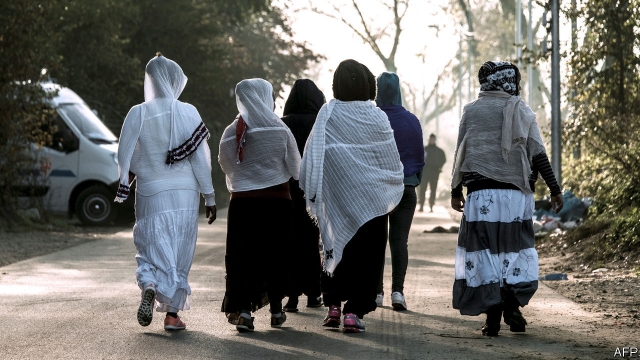 At this year’s tenth-anniversary session of the Oslo Freedom Forum (OFF), an ever-expanding international festival for campaigners against tyranny, victims of religion were more obviously in evidence than practitioners. Speakers included Fatemah Qaderyan, 16, an Afghan teenager who led an award-wining female robotics team but lost her father in a jihadist bomb attack; and Omar Mohammed, an Iraqi citizen-journalist who documented life when Mosul was overrun by the terrorists of Islamic State.  But over the years, the Forum has hosted many speakers who are inspired by religion to battle tyranny, such as the Zimbabwean pastor Evan Mawarire. As Thor Halvorssen, the founder of OFF, puts it: “Religion is an excuse for many human rights violations, but belief in a merciful God is also a key component in the narrative of survival for many human rights defenders.” In a new feature of the Forum, there was much public and private talk this year of spirituality in the broadest sense: of the need for victims of cruelty, and the people who help them, to find the serenity and self-awareness required to heal invisible wounds. One participant was Amandine Hoche, a French human-rights campaigner who, after traumatic experiences in Afghanistan, developed a set of spiritual exercises called “inner peace conference” which she offers to refugees and aid workers in violent places.