ROME—The Vatican denounced the use of offshore tax havens and financial instruments such as debt securitizations that are seen as factors behind past financial crises, calling for new regulation that would “neutralize predatory and speculative tendencies.” 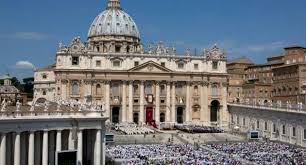 The document, which was released jointly by the Vatican’s offices for Catholic doctrine and social justice, echoed past warnings by Pope Francis over the dangers of unbridled capitalism. Catholic social teaching has long criticized the inequities of finance, but Pope Francis..