NYT: More than 2 dozen people killed by carbon monoxide after leaving on their keyless cars

A report from the New York Times found that dozens of people have been poisoned by carbon monoxide after failing to shut off the keyless ignition on their vehicles.

Since 2006 at least 28 people have died and 45 others have suffered injuries from the gas after they thought they had turned off their vehicles, the Times found. 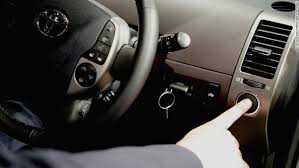 The report highlights the efforts by some groups to push for new regulations from automakers to combat the problem.

Keyless ignition allows drivers to start their cars with the press of a button while an electronic key fob remains in their pocket or purse. The technology first entered the American market in the early 2000s.

In 2015, a class action lawsuit claimed there had been 13 carbon monoxide-related deaths linked to keyless ignition cars. A judge dismissed the suit in September 2016.