Why 80% of American Muslims fast during Ramadan. (It’s not about the food.) 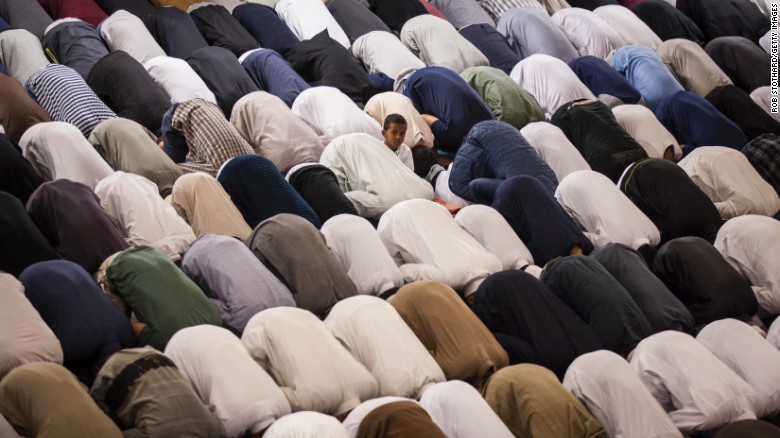 Imam Omar Suleiman is the founder and president of the Yaqeen Institute for Islamic Research and an adjunct professor of Islamic studies in the graduate liberal studies program at Southern Methodist University.

(CNN)Ramadan, the Muslim holy month, begins next week, which means Muslim children in school and adults at work will be met with curiosity or possibly even scorn over why they aren’t eating or drinking throughout the day.

And if you drink coffee as religiously as I do, you really don’t feel like dealing with the added headache of explaining yourself to your co-workers. And yes, we will stare you down as you gulp down that delicious and enchanting black drink in front of us.
But what people of other faiths may not realize is that they are participating in our spiritual boot camp, helping Muslims build willpower in more ways than one.
As NBA Hall of Famer Hakeem Olajuwon once said, “If people are eating and drinking in front of you, the willpower of the Muslim should be stronger. That is what the training is for. It’s like somebody who swims in a pool or somebody who is swimming in the ocean. The ocean is stronger, so it makes a better swimmer.”
During Ramadan, that ocean can get pretty crowded.
According to a survey published last year by the Pew Research Center, 80% of American Muslims observe the holy month by fasting. In that 80%, there is little distinction between Muslims who were born overseas or in the United States, black or white, men or women.
Even more surprising is the fact that American Muslims are far less likely to observe another of Islam’s most fundamental pillars, prayer. Only 39% of American-born Muslims, and 44% of foreign-born Muslims, say they pray five times a day.
This may at first seem puzzling. Why are some Muslims more likely to fast during Ramadan, a difficult spiritual practice, than perform the relatively routine rituals of praying daily?
One clue may lie in a recent Cigna study showing that loneliness has reached epidemic proportions in the United States, with about half of Americans feeling alone or finding that they lack meaningful daily social interactions, such as extended conversations with family or friends.
People crave a sense of being valued by others, feeling an attachment to a community, and that may be why so many Muslims hold on to Ramadan, even — or maybe especially — when tough times face the community.
Many Muslims who do not attend the mosque year-round come almost nightly during the month of Ramadan. Every night the mosque is filled with prayers, food, socializing and fundraisers. In truth, almost every Muslim will attest to reading more Quran and praying more in that one month than they do throughout the entire year. It’s a team effort that picks up, even if temporarily, the weakest member.
It’s also that positive, feel good representation of unity within diversity and culture that most Muslims want to be a part of, as well as proudly express to the world. It’s not uncommon to find Christians in places like Syria and Egypt fasting with the Muslim majority. (And no, it’s not because they’ve been threatened with murder if they don’t.)
But Islam is more than an identity. Embedded within Islam are a set of normative practices, and those practices matter. They are what turns a loose, passive identification with Islam into a flourishing faith, with benefits for us all. In the tradition of the Prophet Muhammad (peace be upon him), fasting, like prayer, is meant to primarily be an act of sincere devotion to the God who lovingly sustains us.
We spend 11 months of the year focusing on what feeds our body. It’s worth taking the opportunity this month to ask how we can feed our souls by building that connection with God, and being mindful and grateful for the blessings we consume every day.
And in the process of restraining ourselves from the blessings so readily available to us, we naturally develop empathy for those who aren’t as fortunate. It’s a special type of worship that is incredibly both sacred and fulfilling. It gives a spiritual dimension to being unapologetically Muslim in America.
more:
https://edition.cnn.com/2018/05/10/us/ramadan-omar-suleiman/index.htmln, fasting