One of the last remaining Dead Sea scrolls has been deciphered by researchers at the University of Haifa, with the ancient fragment revealing that its author made a number of mistakes that had to be corrected by another scribe.

First discovered in the 1940s by Bedouin shepherds in the Qumran caves near the Dead Sea, the scrolls date back two millennia, from the third century BC to the first century AD. A mix of complete scrolls and fragments, the collection, which numbers around 900 manuscripts, includes texts that were later included in the Bible as well as secular writing, with the majority restored and translated over the decades.

Now researchers have announced that they have restored and deciphered one of the last two scrolls. Dr Eshbal Ratson and Professor Jonathan Ben-Dov worked for the last year reassembling more than 60 tiny fragments. 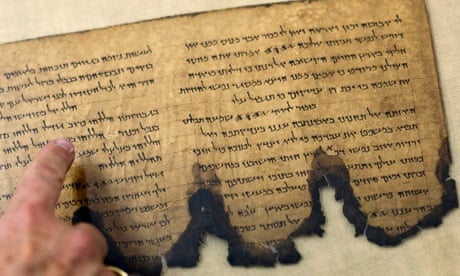 “The scroll is written in code, but its actual content is simple and well-known, and there was no reason to conceal it,” they write in the Journal of Biblical Literature. “This practice is also found in many places outside the land of Israel, where leaders write in secret code even when discussing universally known matters, as a reflection of their status. The custom was intended to show that the author was familiar with the code, while others were not.”