Jerusalem decision a test for Muslims leaders, an end to hopes for peace 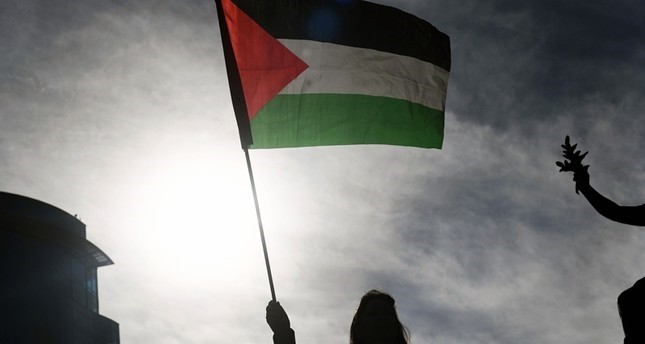 Jerusalem, or Al-Quds as the Muslim world calls it, came to the forefront of world politics once again when U.S. President Donald Trump announced on Dec. 6 that the U.S. will recognize the 3,000-year-old historic city as Israel’s capital, rather than Tel Aviv. In addition to the controversy over its status for all three Abrahamic religions, the issue also has become one that affected the political balances in the region, as well as the Muslim world at large. It has been a factor that has determined winners and losers on the test of Jerusalem, while bringing the decades-long peace process to an end.

Taha Dağlı, a journalist from Turkey who has covered the Palestine-Israeli conflict for many years, argues that the Jerusalem decision, in fact, “created an opportunity for the Muslim world” to unite around a “common cause,” however, some leaders failed to join this unity. In dealing with the crisis in this region, “eyes turn to several countries, such as Turkey, Saudi Arabia, Egypt, and Iran,” however, Saudi Arabia and the United Arab Emirates (UAE), chose not to seize the opportunity and “failed the test over Jerusalem” with their rather weak support to the Islamic world against the U.S. decision, Dağlı said.

He adds, however, that Egypt elevated its position in the region by standing up against the Jerusalem issue, “despite the Sissi-King Salman-Trump pose around a globe,” referring to a photograph taken during Trump’s Middle East visit earlier in 2017.

Saudi Arabia, which is home to the two holy cities of Islam, Mecca and Madina, participated in the Organisation of Islamic Cooperation’s (OIC) emergency summit in Istanbul for Jerusalem at the ministerial level, which had drawn criticism for not attending at a higher level.

President Recep Tayyip Erdoğan voiced his criticism over the low attendance record at the summit in a recent interview with journalists on his way home to Ankara from Tunisia’s capital.

“Some countries could very well have sent higher level officials to the OIC summit in Istanbul. It was upsetting to see some Arab League members just going through the motions concerning a summit on Jerusalem,” the president said and added: “For example, Saudi Arabia sent its Islamic affairs minister. It is, of course, important, but still, a more senior official could have been sent.”

The Jerusalem decision received prompted opposition from the international community, from Asia to Africa, from Europe to Latin America, as they argued that the status of the city should be negotiated between the Israelis and the Palestinians, in addition, that a unilateral decision on the issue would harm the religious sensitivity given to the city by all Muslims, Christians and Jews.

‘Turkey becomes the voice of the voiceless’

As the most vocal opposition on the Issue, Turkey called the decision “null and void” from the first moment, President Erdoğan convened the OIC as the term president for an emergency summit in Istanbul, and took leadership in carrying the issue to the United Nations General Assembly, after a draft resolution the issue was vetoed 14-1 by the U.S. at the U.N. Security Council.

“By calling for an urgent meeting of the OIC in Istanbul and by calling on all states to recognize east Jerusalem as the capital of a Palestinian state, Turkey has been perceived as the voice of the voiceless and the defender of the oppressed Muslim populations,” said Jana Jabbour, a research associate in Sciences Po and a professor of political science at the University of Saint Joseph.

Ankara has said a Turkish embassy will be opened in east Jerusalem, which is currently in Tel Aviv due to the disputed status of Jerusalem.

“God willing, the day is close when officially, with God’s permission, we will open our embassy there,” President Erdoğan said recently.

Jabbour adds that Turkey’s strong stance against the Jerusalem decision has a strong impact on the West as it is a NATO ally and a candidate to the EU.

President Erdoğan has said Turkey will not remain silent on the Israeli aggression against the Palestinians, saying that Israel “commits state terror” and that it is a “terrorist state.”

“Jerusalem is a red line for us,” Erdoğan underlined, as he has called Trump to withdraw his decision.

Evelyn Hecht-Galinski, a member of the European Jews for a Just Peace, described Erdoğan as “the only statesman to react immediately” to the White House’s decision, which she said was an “incredible provocation,” in an interview by Anadolu Agency (AA).

In addition to the political leadership, thousands across Turkey took to the streets to protests Washington’s unilateral decision, and showed solidarity with the people of Palestine.

With a leadership role against Washington’s decision on Jerusalem, and the Palestinian cause in general in way of supporting the people in the occupied lands, Turkey has also received appreciation from the people of Palestine.

“We salute Turkey and its great people and leader, Recep Tayyip Erdogan, who adopted a clear position from American president’s decision to recognize Jerusalem as the capital of Israel,” Dr. Ahmad Abu Halabiya, chairman of the Jerusalem Committee in the Palestinian Legislative Council, and a member of the Palestinian Legislative Council for Hamas, said.

On the other hand, Taha Dağlı also debates that Turkey’s leadership role on the issue, making its image rise on the eyes of the region’s people, has also bothered some countries in the region, such as the Gulf monarchies of the UAE and even Saudi Arabia. Dağlı adds that President Erdoğan’s strong stance has naturally effected Ankara-Tel Aviv ties, however, the relations were already not at a very high diplomatic level. “The level of relations between Turkey and Israel were on a level that Ankara was satisfied with, however, I argue that it is Israel that needs its ties to be better with Turkey due to geopolitics,” Dağlı said.

Following Trump’s insistence to accept Jerusalem as Israel’s capital, Palestinian President Mahmoud Abbas said the U.S. had lost its role as a mediator in the continuing peace process for being biased in favor of Israel. The U.S.-mediated peace process, which has been in a stalemate for years, was initially launched in 1993 in an accord signed in Oslo. It was initially signed by Yasir Arafat, the president of Palestine before Abbas, and two years later it was signed by Israel’s then-Prime Minister Yitzhak Rabin.

According to the agreed accord, the issues between the two sides would have to come to a solution in five years, and it also divided the West Bank into three section between the Israelis and Palestinians for governance, administration and security. An important aspect of the Oslo Accords is that both sides mutually recognized each other’s political authority. The ultimate aim was two have a two-state solution. The peace process continued throughout, however, they mostly failed, with the last one being in 2014, brokered by then-U.S. Secretary of State John Kerry.

Dr. Abu Halabiya also highlighted that the peace process has ended and that there is no “horizon for a two-state solution,” saying he does not believe Israel is interested in reaching a peaceful two-state solution with the Palestinians. “It [Israel] only wants to plunder the Palestinian territories. It works primarily to impose a policy of fait accompli within a programmed policy to obliterate Jerusalem and loot it to change its Islamic reality,” he added.

Jerusalem was first put under international sovereignty and control with the 1947 U.N. Partition Plan, which recommended the division of historical Palestine between Jewish and Arab states in order to end the conflict in the region. The U.N. opted for a special status, as Jerusalem is holy to Jews, Christians and Muslims. However, during the 1948 Arab-Israeli War, Israeli forces declared West Jerusalem part of Israel, ignoring the U.N. recommendation. In the 1967 Six-Day War, Israel again targeted Jerusalem, taking control of the eastern part of the city, which was previously under Jordanian control. Palestinians claim east Jerusalem as the capital of a future state, while the international community has said, as agreed in the 1993 Israel-Palestinian peace accords, that the status of Jerusalem should be decided in negotiations between Israel and the Palestinians.

“First, this decision puts an end to the so-called ‘peace process’ by revealing the hypocrisy of the U.S. In fact, the U.S. has always claimed that they were pursuing peace and leading the peace process, while in the meantime turning a blind eye on settlement construction by Israel that violated international law and made the creation of a viable Palestinian state impossible.”

The failure of the U.S. to remain as a fair mediator has also made the Palestinians lose trust in the U.S. and hope for a two-state solution, she said, while also arguing that “Palestinians no longer have an incentive to continue in the ‘status quo’ situation and pursue the peace process. The cost of a new ‘intifida’ has become smaller than the cost of maintaining the status quo.” Trump’s move has also “dealt a great blow on Mahmood Abbas’ credibility,” according to Jabbour, as “Abbas had built his strategy on the hopes that the peace process will lead to an independent Palestinian state. This proved to be delusional.”