Essaouira sets an example for the rest of the Middle East 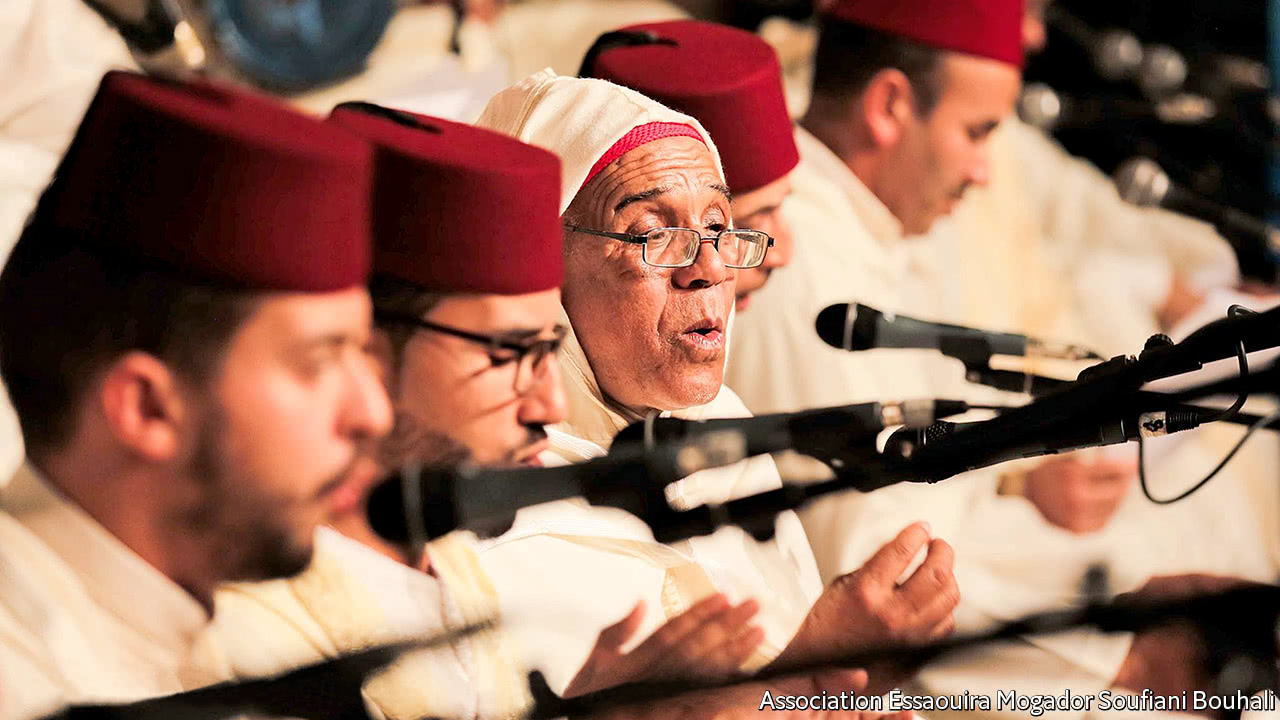 ONCE a year the little seaside town of Essaouira, in Morocco, reclaims its lost Jewish community. Sephardic trills echo from its whitewashed synagogues. The medieval souks fill with Jewish skullcaps. Rabbis and cantors wish Muslims “Shabbat Shalom” and regale them with Hebrew incantations. “It’s our culture,” says a merchant from Marrakech, who travelled 200km (124 miles) to hear them this year.

The revival is the initiative of André Azoulay, a 76-year-old Jew from Essaouira (one of just three) and a former counsellor to Morocco’s kings. Each autumn he stages a colourful festival of Andalusian music aimed at bringing hundreds of Jews and Muslims together for a weekend of concerts and dialogue. Locals pack the small stadium to watch Hebrew cantors and Koran-reciters sing arm-in-arm. Israelis and Palestinians flock there, too. “Essaouira is what the Middle East once was and might yet be again,” says Mr Azoulay.

When Jews were expelled from Spain and Portugal in the 15th century, many fled to Morocco. The Jewish population in the kingdom rose to over 250,000 by 1948, when the state of Israel was born. In the ensuing decades, as Arab-Jewish tensions increased, many left. Fewer than 2,500 remain—still more than anywhere else in the Arab world.

No Arab country has gone to the lengths of Morocco to revive its Jewish heritage. The kingdom has restored 110 synagogues, such as Slat Lkahal, which opened in Essaouira during the festival. A centre for Judeo-Islamic studies is set to open in the old kasbah later this year. The kingdom also boasts the Arab world’s only Jewish museum. “We used to have a six-pointed star on our flag and coins, like Israel,” says Zhor Rehihil, the curator (who is Muslim). “It was changed under French rule to five.”

Morocco and Israel have no formal diplomatic relations, but over 50,000 Israelis visit the kingdom each year. A new charter flight from Tel Aviv to Casablanca, Morocco’s largest city, began operating this summer. It stops in Malta for half an hour to maintain the pretence that there are still no direct flights between the countries. Morocco also issues hundreds of passports each year to Israeli Jews of Moroccan descent, of whom there are almost half a million—“the better to travel in the Arab world,” says a recent recipient. It takes a month, no security questions asked.

Mr Azoulay urges Israeli visitors to spread word of his idyll of coexistence when they return home. Some doubt the warmth is transferable. One visiting Israeli official puts it thus: “Morocco’s Arabs are different to ours.”