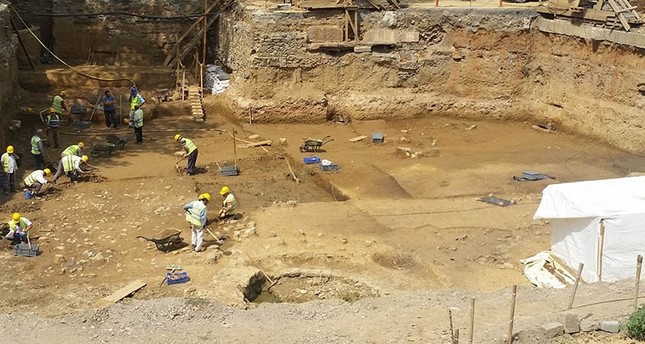 Istanbul Archaeology Museum Director Zeynep Kızıltan said that the cemetery was a burial mound, known as ‘kurgan,’ adding that it was the oldest known burial site in Istanbul could possibly belong to the northern Black Sea region’s ancient Turkic and Altai cultures.

Kurgans are a type of burial place usually characterized by earth and stones heaped over a burial chamber. They were characteristic of Bronze Age peoples, and have been found from the Altai Mountains to the Caucasus, Ukraine, Romania and Bulgaria. Kurgans were used in the Ukrainian and Russian steppes, and their use spread with migration into eastern, central, and northern Europe in the 3rd millennium B.C. 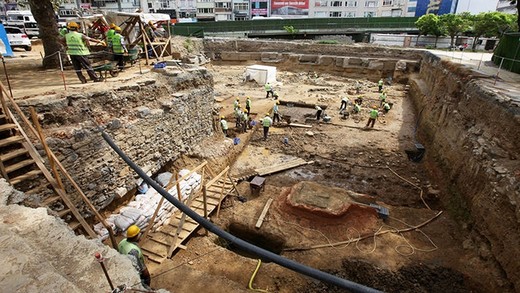 Kızıltan believes the results of an anthropologic analysis of skeletons will help learning the origins of the oldest Istanbulites.

A number of containers with burnt bones were also found at the site, which indicated that people used cremation at that time. According to x-ray examination of the bones, dead bodies were burnt at temperatures from 700 to 800 degrees Celsius.

Kızıltan assumes that the burial site belonged to Turkic people of Central Asian culture from the northern Black Sea region, adding that radiocarbon and DNA analyses will confirm current conjectures.