The Islamabad High Court (IHC) rejected on Friday a petition seeking the disqualification of MNA Ayesha Gulalai as a lawmaker. 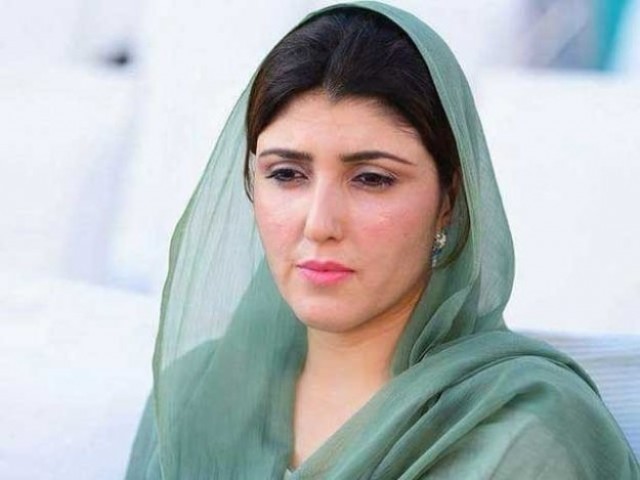 The court decided that the petition filed against Gulalai by Advocate Kulsoom Khaliq was not maintainable.

Earlier, Justice Amir Farooq of the IHC heard the petitioner, who submitted that Gulalai had levelled baseless allegations of harassment against Pakistan Tehreek-e-Insaf (PTI) chief Imran Khan without presenting any evidence and breached public trust on the floor of the National Assembly.

The petitioner further submitted that the MNA had lied about initiating legal proceedings against the PTI chief.

The court was asked to disqualify Gulalai for violating the Representation of People Act 1976.

The court asked the defence counsel if the case was a private matter in nature or not. The court then reserved is decision in the case and announced it later in the day.

On August 1, Gulalai had accused the PTI chief and his ‘gang’ of sending lewd text messages to women workers, saying they were constantly harassed within the party.

According to the disgruntled lawmaker, victims of harassment in Pakistan were not listened to unless they commit suicide or take a similar adverse step to get themselves noticed.

The PTI chief had dismissed the allegations and written a letter to the National Assembly speaker seeking the termination of Gulalai’s parliament membership.

A copy of the letter was also submitted to the Election Commission of Pakistan.

In the letter, the PTI chief had requested the speaker and the chief election commissioner to take action against Gulalai, an MNA from South Waziristan elected on a reserved seat for women, under Article 63-A (2) of the Constitution.

Khan, in his letter, submitted that in violation of rules, Gulalai did not vote for Sheikh Rashid, the party’s candidate for the seat of the prime minister.

He added that the PTI had issued a show cause notices to Gulalai but she had not responded to them. Therefore, he contended, action should be taken against Gulalai Article 63-A (2) of the Constitution for not following the party’s directives.