8 soldiers among 15 martyred in Quetta blast 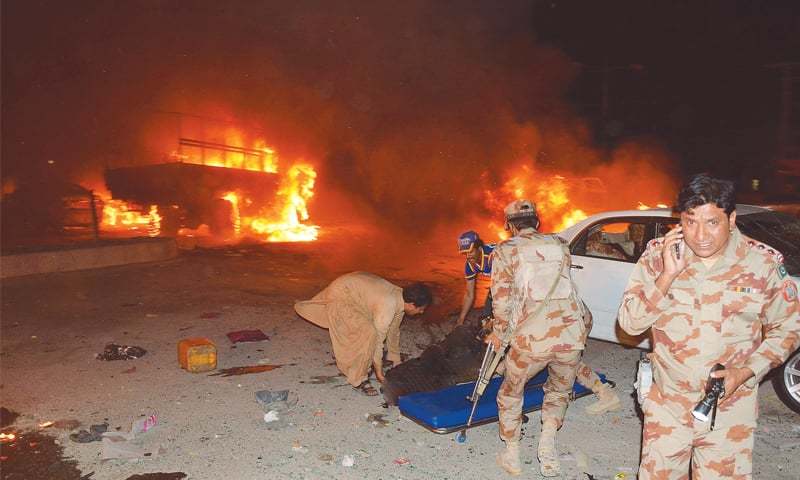 Officials feared the death toll may climb, as eight of the wounded were in critical condition. Condemning the terrorist attack, Chief of the Army Staff Gen Qamar Javed Bajwa termed it an attempt to “mar Independence Day festivity” in the city and declared that “our resolve won’t succumb to any challenge”. No one claimed the responsibility for the blast till late night. Witnesses and officials said that the suicide attacker on his bike got close to the army truck when it reached near the Pishin stop on the Khojak Road and blew himself up.A witness told Dawn he saw rescue workers retrieving charred bodies from the burning truck. Three fire tenders reached the scene immediately to put out the fire, but it was so huge that it took a lot of time to control it. A heavy contingent of law enforcement agencies personnel arrived at the scene of the explosion and cordoned off the area, which is in close proximity of the Balochistan Assembly, Quetta Law College, a private hospital and many offices.