Allah the Creator, the Maker and the Fashioner: Flowers in the Desert 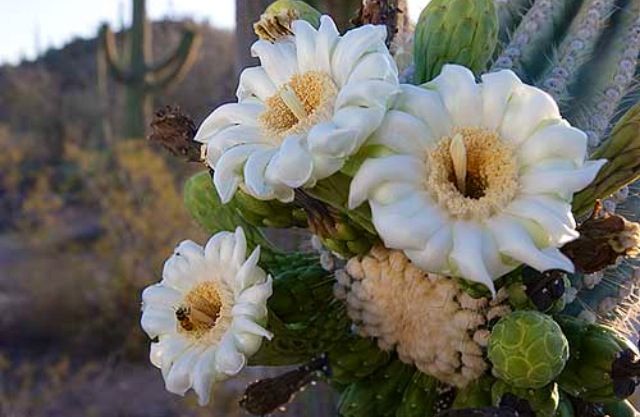 Sir David Attenborough has scores of beautiful documentaries, bringing the awe inspiring beauty of all forms of lives, on our planet earth to our television screens. He does not talk  about God or the Creator, in his documentaries, but the viewers are of course, free to add that as an after thought on their own. With that paradigm, I believe, one can learn more from him about God being the Creator, the Maker and the Fashioner of our nine million life forms, than months or years of sermons by any of the Muslim clerics or priests of other faiths.

This documentary is made in Kew Gardens in London. Kew is London’s largest UNESCO World Heritage site offering unique landscapes, vistas and iconic architecture from every stage of the Gardens’ history. Our collection of living plants is the largest and most diverse in the world, growing out in the landscape and within our glasshouses and nurseries.

I do believe that biological evolution is true and is the mechanism by which we have come about on the planet earth, but, I also believe that the complexities, diversity and success of 9 million life forms on our planet earth, also demand giving up black and white thinking and assessing the whole reality on multiple axes. When I do that it reminds me of a verse of the holy Quran:

He is Allah, the Creator, the Maker, the Fashioner. His are the most beautiful names. All that is in the heavens and the earth glorifies Him, and He is the Mighty, the Wise” (Al Quran 59:24/25)

Are the Scientists the Better Teachers for Several of the Attributes of God?

Ten Raised to Five Hundred Reasons for Our Gracious God

A Cordial invitation to Sir David Attenborough to be a Theist