Sufism, the mystical practice of Islam, takes root in the City of Angels 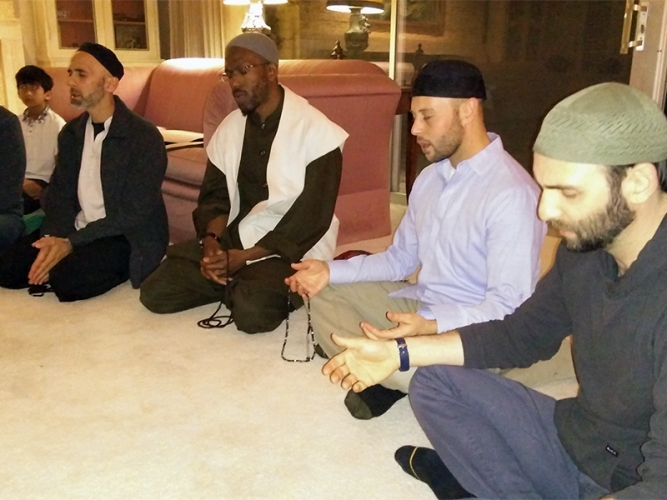 LOS ANGELES (RNS) The rhythmic chanting of 15 “beloveds,” as they call themselves, ripples across a prayer room in a family home in the San Fernando Valley.

They stand in a circle with their hands clasped and eyes shut, swaying gently. Their mantra grows louder as one of them weeps, and others seem immersed in a trance.

One of the beloveds, Daniel Amin Colman, owner of the home, chants along with the group of Sufi converts as they invoke the 99 sacred names of God with barely contained ardor. Colman says Islam is like the bark of a tree and Sufism its sap or inner essence.

The Sufi form of Islamic worship is becoming increasingly popular in Los Angeles, say those who practice it and scholars who study it.