“Let it be crystal clear that in no respect is a woman’s status less than that of a man.” – Hazrat Mirza Masroor Ahmad

The Muslim Times has the best collection of articles on Women Rights, especially the Muslim women’s rights

The event took place at the Baitul Futuh Mosque in London and was attended by more than 1500 women and girls, including nearly 1,000 members of the Waqf-e-Nau scheme.

During an inspirational address, His Holiness spoke in detail about the rights of women and their high status in Islam. Further, he said that the claim by certain opponents of Islam that the religion demeaned women was completely wrong.

In terms of education, His Holiness said that the Holy Prophet Muhammad (peace be upon him) had placed great emphasis on the education of girls, however during the late 19th or early 20th century, girls and women had little access to education and particularly very few Muslim girls had the opportunity to pursue secular or religious education.

His Holiness said that a major cause of this was that, in contravention of Islamic teachings, the so-called religious scholars of the time wanted women to be confined to the four walls of their homes. However, theFounder of the Ahmadiyya Muslim Community, Hazrat Mirza Ghulam Ahmad, the Promised Messiah (peace be upon him), revived the true teachings of Islam and encouraged the pursuit of secular and religious knowledge amongst Ahmadi Muslim women. Hence, Ahmadi Muslim girls were excelling in education and outperforming boys in many countries.

His Holiness mentioned the schools and colleges established by the Second Caliph of the Ahmadiyya Muslim Community in India and Pakistan, which enabled girls living in small towns to gain an education.

Through these centres of learning, those girls, who could not afford to travel to bigger cities to study, were provided a proper education and were able to attain high standards of secular knowledge and religious teachings. 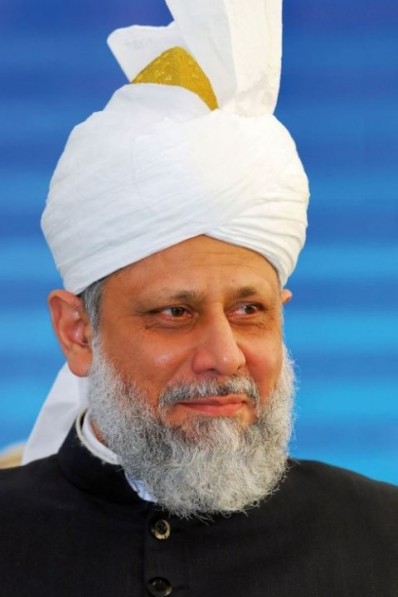 His Holiness said that whilst there was a concept of ‘division of labour’ within Islam, the notion that the religion restricted women was entirely wrong. His Holiness gave examples from the time of the Holy Prophet Muhammad (peace be upon him) where Muslim women worked as nurses to aid those injured during defensive wars and, in some circumstances, even fought on the front lines and showed magnificent courage and bravery.

Nowhere does Islam say that women should be confined to the home as is sometimes alleged. For example, there are some girls and ladies, who excel in studies and achieve extraordinary results and Islam does not instruct that they should waste their talents or skills and only stay at home.

Thus, women who have the capacity to become doctors or teachers or to pursue other professions which are of benefit to humanity can do so. However, at the same time, they should not ignore their duties to their children and to their families. Such women should manage their time effectively and ensure that their children are not neglected in any way.

Referring to those women who do not go out to work professionally, His Holiness said:

Those girls who are well-educated, but who do not go out to work professionally, should never bear any form of inferiority complex or feel embarrassed or as though they are wasting their talents. The truth is that looking after your homes, and caring for and raising your children, is of profound importance and of priceless value.

His Holiness said if mothers ensure they educate their children, those mothers will be the “foundation for a cycle of perpetual humanity, morality and peace amongst the coming generations.”

Remember that the key for any nation to thrive and progress lies in the hands of the mothers of that nation.

His Holiness also said that Ahmadi Muslim women must seek to defend Islam, without fear or embarrassment, against the false allegations that were being made against it. His Holiness deemed this effort to be an ‘intellectual Jihad’, whereby Muslims were duty-bound to write and respond to those who claimed Islam was a religion of violence or oppression.

We are now in a period where education is the key to challenging this propaganda by waging an intellectual Jihad through those same mediums that are being used to target Islam. It is not only men and boys who can take part in this Jihad of the Pen, rather our women and girls can, and must, take part.

Speaking about the rights of women in Islam, Hazrat Mirza Masroor Ahmad said:

It is only in the past century, that those people and nations who condemn Islam, have been forced to afford some basic rights to women and yet they still try to claim moral superiority. Furthermore, in the name of ‘freedom’ they have fostered an environment in which women are treated as ‘objects’ and their dignity and true status is constantly undermined.

His Holiness also answered a specific objection raised against Islam. The allegation refers to a saying of the holy Prophet Muhammad (peace be upon him) that he had seen a vision of hell in which there were many women, who had no knowledge of their religion, who displayed no wisdom or intellect, and who were ungrateful.

His Holiness said that upon taking certain Hadith (sayings) of the Holy Prophet Muhammad (peace be upon him) out of context, some non-Muslim critics alleged that Islam has denigrated and maligned the status of women. However, His Holiness said nothing could be further from the truth.

Just as the Holy Prophet (peace be upon him) repeatedly drew the attention of Muslim men to their weaknesses, and taught them how to reform, similarly he guided the women as well.

Yet, during the same era of the Holy Prophet (peace be upon him), we see how Muslim women scaled the highest peaks of morality, virtue and knowledge. For example, some women, notably Hazrat Ayesha, taught Islam to the Muslim men. Similarly, some fought in battles alongside the men and gave great sacrifices.

His Holiness reminded the women that according to the teachings of the Holy Quran and of the Holy Prophet Muhammad (peace be upon him) there was true equality between the sexes.

Let it be crystal clear that in no respect is a woman’s status less than that of a man. Rather, the Holy Prophet (sa) was the person who established the rights of all women, in all places and for all times.

How could it ever be that, on the one hand, the Prophet of Islam (peace be upon him) proclaimed that Paradise lay under the feet of one’s mother, and that half of Islamic faith could be learned from Ayesha, and yet on the other hand, state that, God forbid, women were hell-bound?

His Holiness also advised that Ahmadi Muslim women must ensure that they were regular in observing their five daily prayers and studying the Holy Quran. His Holiness also said that they must regularly listen to the sermons of the Caliph.

The event concluded with a silent prayer, led by His Holiness. 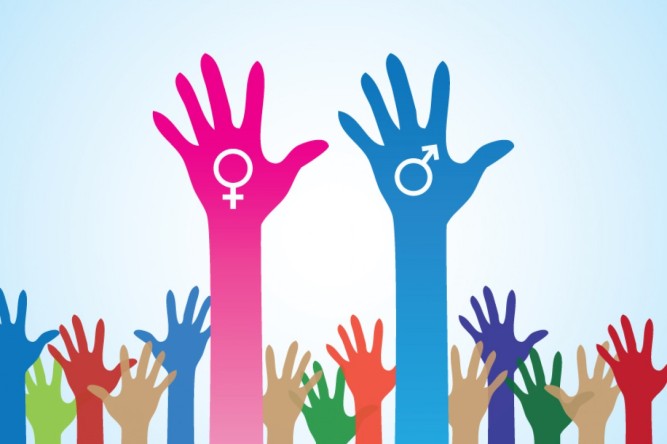