Russian news presenter Dmitry Kiselyov has warned the United States that any “impudent behaviour” towards Moscow could have “nuclear” implications.

The remarks came after US Secretary of State John Kerry said that Russia and Syria mustface a war crimes investigation for recent attacks on Syrian civilians.

Which, between the two of them, are some fairly inflammatory comments.

To calm things down, let’s recall a 2014 study which looked into the effects of a regional nuclear war…

The study estimated the consequences to the planet after a “limited, regional nuclear war”, which, according to this study, takes the form of 100 nuclear warheads dropping over India and Pakistan.

A conflict which would be undoubtedly smaller than a Russo-American one.

Apart from potentially hundreds of thousands of deaths, five megatons of black carbon are thrust into the atmosphere. Black carbon absorbs heat from the sun before it reaches the earth, while some of it comes back down as rain.

Which sounds bad, and it is, because it causes atmospheric cooling.

The effect it has on the temperature is profound – just look at the highlighted section in the below chart. 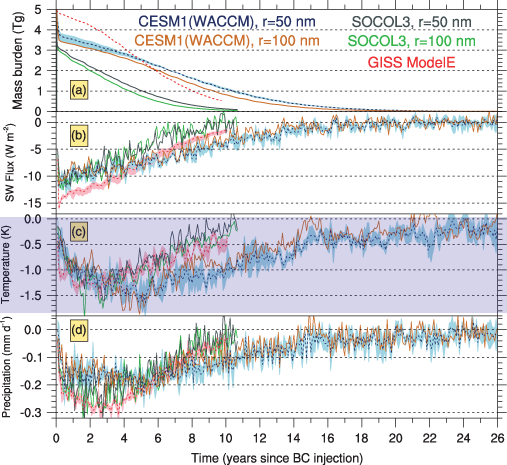 It’s only a couple of degrees globally, you say – but this can do a lot.

Earth’s falling temperature causes a few things, among which is less rain – nine per cent less than usual five years after the strikes, which has an effect on crops, combined with increased frost.

In addition, the Earth’s ozone layer is depleted by around 20 to 25 per cent in five years, recovering to about 8 per cent thinner in ten years.

More sunburns and skin cancer occurs because of the depleted ozone layer, and fewer crops grow.

This can lead to food shortages, even famine in some regions.

So, all in all, if you weren’t aware already, nuclear war is pretty bad and probably not something to throw about as a threat. 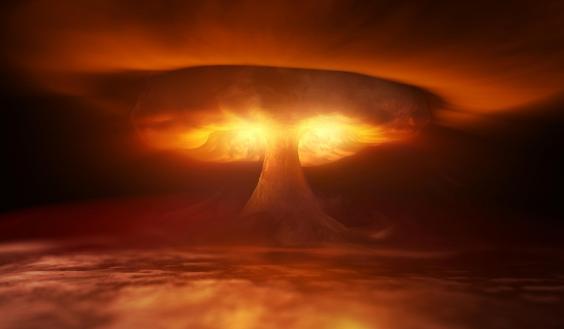