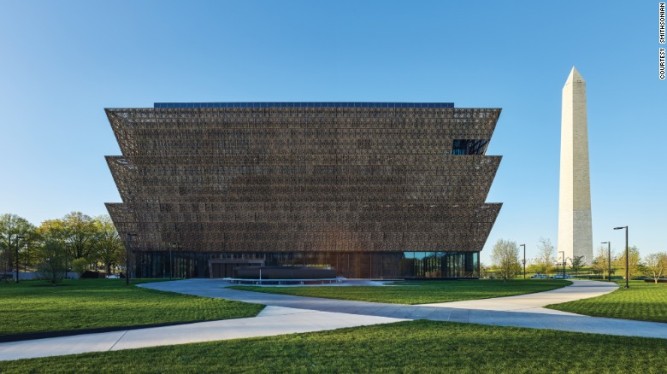 Washington (CNN) President Barack Obama said Saturday that the newelevates the often-overlooked impact of black Americans and will help others better understand the breadth of the American story.

“This national museum helps to tell a richer and fuller story of who we are,” Obama, the first African-American president, said at the National Museum of African-American History and Culture.

“By knowing this other story we better understand ourselves and each other. It binds us together. It reaffirms that all of us are America, that African-American history is not somehow separate from our larger American story,” he added. “It is central to the American story.”

Saturday’s opening ceremony for the museum also was attended by civil rights icon Rep. John Lewis, former Presidents George W. Bush and Bill Clinton and Chief Justice John Roberts. Thousands are expected to have descended on the National Mall this weekend to celebrate the museum’s opening.

Calling it an “act of patriotism” to understand African-American history and the struggles of all Americans, Obama said “a great nation doesn’t shy away from the truth.”

Obama also said the museum can provide context to the current national debate on the relationship between law enforcement and black communities that recently made headlines following the police shooting deaths of black men in Tulsa, Oklahoma, and Charlotte, North Carolina.

“Perhaps it can help a white visitor understand the pain and anger of demonstrators in places like Ferguson (Missouri) and Charlotte. But it can also help black visitors appreciate the fact that not only is this younger generation carrying on traditions of the past, but within the white communities across the nation, we see the sincerity of law enforcement officers and officials who, in fits and starts, are struggling to understand and trying to do the right thing,” he said.