The Qolsarif Mosque at the Kazan Kremlin Museum-Reserve in Tatarstan. © Maksim Bogodvid / Sputnik
Russia’s first Islamic banking centre, operating under the principles of Southeast Asia and Middle East partnership funding, opened in Kazan on Thursday. At a time when Western funding is closed to Russia, it could now get more investment from Muslim countries.
Read more 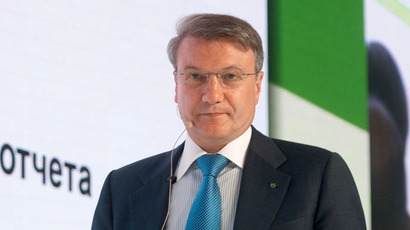 “We are living through difficult times. Difficult economic circumstances force us to look for new ways. Affiliate banking is new to us. We have to form customer service, which would, above all, be in accordance with Russian banking legislation and not contradict Islamic banking,” said the president of Russia’s Republic of Tatarstan Rustam Minnikhanov.

“I am sure this will also be a step that will attract new financial markets to our country,” he added.

The center will focus on banking services for individuals, firms and foreign investors.

According to Tatarstan Finance Minister Artem Zdunov, the lack of foreign borrowing has made Russia look for other sources of financing, including Muslim countries. He added that the Islamic finance industry is one of the fastest growing in the world with 15-20 percent annual growth in assets.

The state religion in several countries of Southeast Asia and the Middle East has left its mark on their credit institutions. Islamic banks do not pay interest, and receive an income from investments in business projects.

At present, Russian legislation does not allow Islamic banks to use all their tools. However, amending the law is already being discussed.