It’s time for some fresh thinking in the Arab world 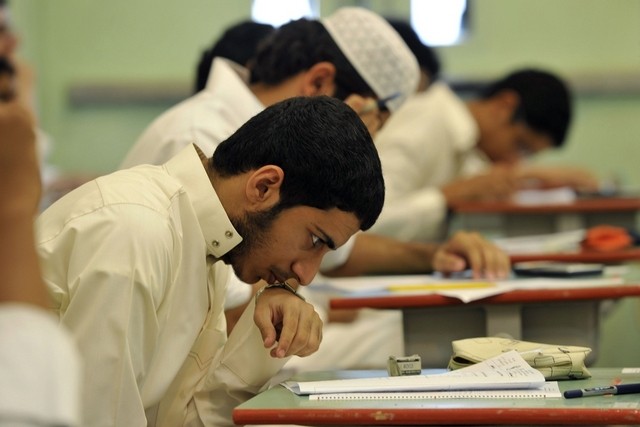 In 2016, many parts of the Arab world are in a state of disarray. The instability that one sees relates to political disorder that exists in both strong and weak states. But there is an underlying confusion that exists that is less to do with politics and more to do with the arena of education. It’s an arena few pay attention to, but it is one of relevance, nonetheless.

The modern nationalists of the Arab world and the modern Islamists have a great deal in common when it comes to education in the region. Modernity is often viewed as something quite positive, in that it brings scientific advancement, the spreading of literacy, medical miracles and other benefits. But there is a negative aspect to modernity as well, which many philosophers have gone into over the last two centuries, and that is imbalance in education.

That imbalance can be seen in both the Arab world and in the West. At least in the latter, the humanities are often lauded as much as other disciplines such as medicine or engineering. Within the Arab world, the way in which the educational system is set up is precisely to prioritise certain subjects over others – leading to the arts to be viewed as less important than Stem subjects.

This explains why in so much of the Arab world the most difficult subjects to gain access to at degree level are often engineering and medicine. The result is predictable: a region where the most scholastically astute are more likely to be engineers and scientists, while those in other faculties are less likely to be the inheritors of academic brilliance.

The above has been discussed by various scholars many times over the past few decades as, indeed, have the roots of how this came about – specifically, the counter-colonialist enterprise, which depicted the Arab world as having been lost to colonisation because it was not sufficiently “scientifically advanced”. But there is another issue to cover as well, and that is the preparedness of the Arab world to engage in modernity on its own terms.

Much of that has to do with language. For example, a critical part of modernity is related to the notion of secularism. Indeed, one might argue that modernity is impossible to understand without understanding secularism.

When the Arabs began to describe secularism in the early 20th century, however, the understanding of secularism was rather skewed. It was translated as “‘almaniyyah”, from the word for “knowledge”.

Regardless of how one intellectually identifies with secularism, that is hardly a neutral translation of secularism – certainly, 19th-century secularists considered that their secularism was based on knowledge, but was that really a consensus?

For if they were correct, was non-secularism not based on knowledge? If so, what was it based on? Was this, perhaps, part of the foretelling of polarisation in the Arab world between those who considered themselves as secularists and those who did not? Did either side really understand quite what was being argued about – when the history of these ideas and concepts within the region was somewhat questionable, connected as they were to the colonial experience?

One noted contemporary philosopher, Naquib Al Attas, argues that the philosopher of the Arabic-speaking world used to call himself “faylasuf”, from the Greek word of “philosophia”. But as philosophy became more ingrained within Arab civilisation, after engagements and arguments with theologians and philosophical scholars such as Al Ghazali, a philosopher began to be known as “hakim”, from the word for wisdom.