Why attending an Indian wedding can be dangerous 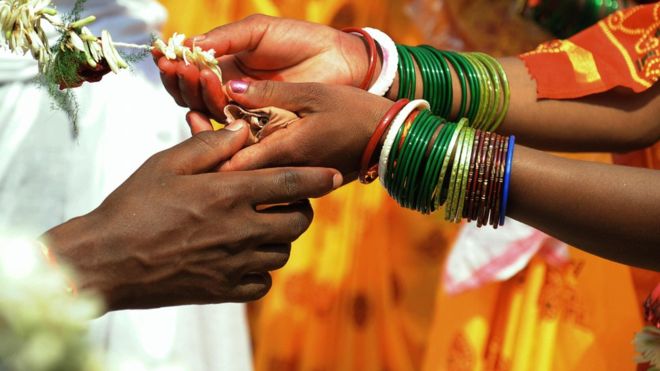 Wedding celebrations are supposed to be happy events but in northern India, a shocking number end tragically, thanks to a surprisingly tenacious tradition of celebratory gunfire.

Take the wedding party in a small village called Raipur Bhood in the northern state of Uttar Pradesh last weekend.

The photographer, employed to immortalise the special day, was shot dead by members of the grooms’ family during a celebration ahead of the marriage party when the men pulled out weapons and started firing.

Raju, known locally as Pintu, was shot in the stomach and died of his injuries in hospital later. A 17-year-old girl called Meenakshi was also shot and injured.

Celebratory gunfire isn’t intended to injure or maim but Raju and Meenakshi were not the only victims that weekend.

The father of the groom at another north Indian village shot and injured a 12-year-old boy, while in a third village, a woman was injured as she watched a wedding.

Then there was the wedding party in the Alipur suburb of the capital, Delhi, earlier in the week. As the wedding celebration was in full swing, one of the guests, a man named Vikas Kumar, pulled out a shotgun and a pistol and started firing.

He loosed two shots into the air and a third at the ground. Two of the groom’s friends and three members of the wedding band were shot in their legs and feet. All five were admitted to hospital.

In February alone, a total of four people were killed in celebratory firing in weddings just in the state of Uttar Pradesh.

In one incident, the groom himself was fatally wounded after one of his guests fired in the air.

Amit Rastogi was leading the traditional procession to the bride’s house on a horse when he was hit in the head.

Naturally enough, celebratory gunfire is something the Indian authorities are keen to muzzle.

“Firing with guns and pistols during marriage processions has become a sort of fashion,” observed a Delhi judge as he handed down a 25-month jail term to a man who fired off a rifle during his friend’s wedding last year, killing the groom’s uncle.

“It is high time that government tightens the procedure for grant of arms-licence and also evolves a robust mechanism to ensure these licenses are not misused,” Judge Manoj Jain said.

Meanwhile, a court in the Uttar Pradesh capital, Lucknow, has ordered that every case of celebratory firing be investigated regardless of whether a case has been lodged with the police.

“Escalation of this trend has to be arrested,” warned Justice SK Saxena.

Some families have responded with a no weapons policy at their weddings.

“Kind Request: Please Do Not Indulge In Celebratory Firing & Alcoholism,” readthe invitation that went out to the 3,000 guests of Mahirajdhwaj Singh Chandel.

“In the recent times,” he explained to The Times of India, “we have witnessed that innocent lives are lost in celebratory firing, and a joyous occasion then simply transforms itself into that of a mourning.”