Cycling the Middle East: the kindness of strangers and the desperation of refugee camps

I’m very much of the Ranulph Fiennes school of thought: “plod forever” and take one step at a time. I began my trip on 29 July last year from my flat in London. I’ve now made it to Jordan, via France, Switzerland, Italy, Slovenia, Croatia, Bosnia, Montenegro, Albania, Serbia, Kosovo, Bulgaria, Turkey and Lebanon. Still to come are Egypt, Sudan, Oman, the UAE and Iran. 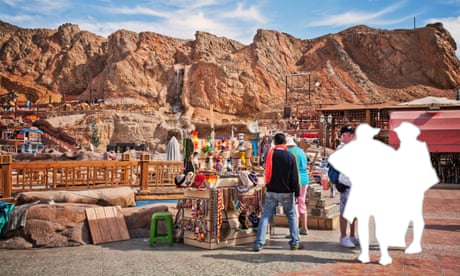 I have no idea where I’d be today without men with trucks. My biggest day’s cycling was a 125km schlepp to a Bulgarian ghost town called Matochina (population two). It concluded with a puncture on a pitch-black country lane just as the jackals started to howl. I thought I’d end my days as some crass horror movie parody but was saved by a kind man with a truck. He took me to a guesthouse, where I was revived with tripe soup and a pint of Johnnie Walker.

I was itching for adventure, and cycling seemed ideal. On a bike, you don’t speed from one destination to the next, but explore all the cracks in between, where normal, everyday life happens. People want to look after you, as they assume you’re in need of food, shelter or a few extra marbles, so you often share an intimacy denied to others.

My reasons for doing the trip were both professional and personal. As a journalist, I wanted to turn freelance and specialise in the Middle East, so I was keen to understand the region better: it’s fascinating and frequently misunderstood. Countries tend to be identified in terms of state policy and spasmodic “newsworthy” events – so Tehran becomes a hotbed of fanaticism, Beirut full of bomb blasts. Yet Iranians are perhaps the most westernised of all Middle Eastern people, and Beirut is basically a party town. 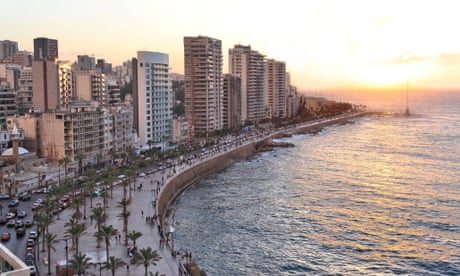 ‘Beirut is a city that refuses to die. I love its energy and resilience’

I haven’t yet met a single Muslim with even a hint of sympathy for Isis. And I’ve met hundreds, from across the social and economic spectrum. Most despise the jihadists and Bashar al-Assad in equal measure. I spent Christmas with a group of Syrian activists, CCSD, who desperately tried to convey the message that the original values of the revolution – freedom, democracy, equality – are still very much alive for most Syrians.

I visited a Syrian refugee camp in Harmanli, Bulgaria, after a resident smuggled me inside. The conditions were appalling: bathrooms flooded and rat-infested; bedrooms overcrowded. In Lebanon’s Bekaa Valley, where camps are illegal, it was even worse. But most shocking were the Palestinian camps in Lebanon. Palestinians have lived there for decades, but still have almost no rights. The camps were makeshift shanty towns, damp, dirty and overpopulated. And the situation is worsening by the day thanks to funding cuts.

I’m a white, middle-class English speaker with a huge support network, and I’m here by choice. Yet I still find rocking up alone in a completely alien place overwhelmingly nerve-wracking. What it must be like for refugees with no help and no way out I have no idea. You must need phenomenal strength.

Turkey stole my heart – not to mention my stomach. From day one, strangers fed, housed and pampered me. A man in a truck even stopped just to give me a satsuma. Elsewhere, the Zelenkovac Ecological Movement (with art, music, accommodation and food) in Bosnia was a treasure, along with Koprivshtitsa, a historic Bulgarian town in the Sredna Gora mountains.

At one point in France I was so exhausted I faked a twisted ankle to hitch a ride.It took me about a month to start feeling fit. My thighs began getting bigger around the Balkans and are now fairly terrifying. They’ll probably soon need separate passports.

My appetite is extraordinary. I recently impressed my friend’s son by devouring six Weetabix in a matter of seconds, and could easily have eaten more. Turkey was particularly dangerous as I adore kebabs, and being surrounded by socially acceptable doner meat felt like some kind of a dream.

Most male attention has been relatively harmless so far. The one exception was in Harmanli, Bulgaria. A Kurdish refugee misconstrued my journalistic interest in his situation as something more and became drunk and pushy when spurned. After following me back to my hotel, he shouted, “I’ll kill you and have sex with you!” – in that slightly macabre order – and subsequently then lashed out at a couple of hotel staff and got arrested. He was the exception, however.

Emotional highs and lows come thick and fast on the road. I miss my boyfriend, family and friends hugely, and it can get very lonely and tiring. You are constantly faced with new people, problems and situations, and can rarely relax. But that is of course the great joy of the trip too, and the exhilaration – both mental and physical – is addictive. In many ways, for me, it’s what life is all about.

People want things to be cosy and familiar. Adventure means stepping outside your comfort zone, exposing yourself to ideas that might destabilise this neat, predictable world. But I say embrace the disorder! It’s where the best bits of life are hiding.