‘Britons fighting Islamic State in Syria are the greatest heroes’

A former London currency trader who spent five months in Syria last year fighting against Islamic State has returned to the frontline alongside a number of Britons that he says the UK government is often unaware of.

The one-time Conservative party councillor – who emerged in 2015 as part of the small but significant group of foreigners fighting alongside the Kurds – told the Guardian he understood that what he was doing was “very controversial” but insisted that it was not illegal.

His return to northern Syria a few weeks ago came after a London teenager became the first British citizen to be convicted for trying to join the campaign against Isis in Syria.

The former City trader, who has joined the left-wing Kurdish People’s Protection Units (YPG), defended what he was doing, despite the fact that he believed the British government viewed him as a “thorn in its side”.

“I have been very open and honest from the very beginning about what I was doing,” said the man, who uses the nom de guerre Macer Gifford and is also known as Harry.

“British law is very confused. If you go and fight against a foreign state, you could be breaking British law. Obviously you could also be tried for criminal acts if you commit any atrocities. But at the end of the day, what I did was that I joined a People’s Protection Unit … and I fought against international terrorists, theIslamic State.

“The British government saw me as perhaps a thorn in their side, but a loophole had been found – and at the end of the day it’s up to the prosecution service. Is it in the interests of the British people to prosecute this person? They must have convinced themselves that there was no way that they could do that.”

Harry said that former military personnel from the UK and elsewhere continued to join Kurdish fighters. He put the number of Britons at around 100, including those who had “been and gone”, and said the government did not know about many of them.

“I know friends out there who I have served with – former British servicemen, the nicest people you could meet in the whole world. They go, they fight for three, four, five months or so. They come back in again and do not do any media, they do not earn any money and then they go back to their normal lives. In many ways they are the greatest heroes. They have gained nothing from it.” 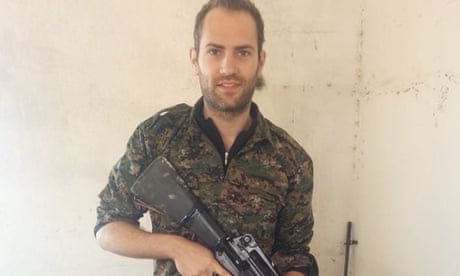 Brits abroad: is it against the law to fight Isis?

After returning to the UK in 2015, Harry put his background in finance and politics to use by lobbying and raising funds. The Paris attacks were a catalyst that reminded him, he said, “how dangerous [Isis] is and how the threat to the UK is just as relevant as when I first went out there”.

He worked to drum up support for the YPG and attended meetings with financiers in Switzerland, the FBI in New York and inside the British parliament.

“I’ve been to the Carlton Club [a private Conservative club in central London], you would not believe, so many times,” he said. “But it’s important to get the message across. It’s so intensely frustrating to be out there, to be on the frontline and see the success and then see politics hold back people’s hand.” 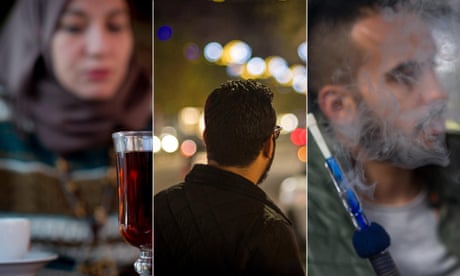 Voices from Raqqa: ‘We can’t hide from your bombs. Tell MPs to say no’

The funds he has raised have been spent on medical packs – a decision influenced by his experiences in Syria. “When I was there I was shocked by the terrible medical provision. I saw friends of mine who would bleed to death just because they got shot in the arm. I want the first batch of packs deployed on the frontline as we head towards Raqqa.”