A minor revolution in climate justice has just taken place in one of the countries most affected by global warming, reports Le Monde 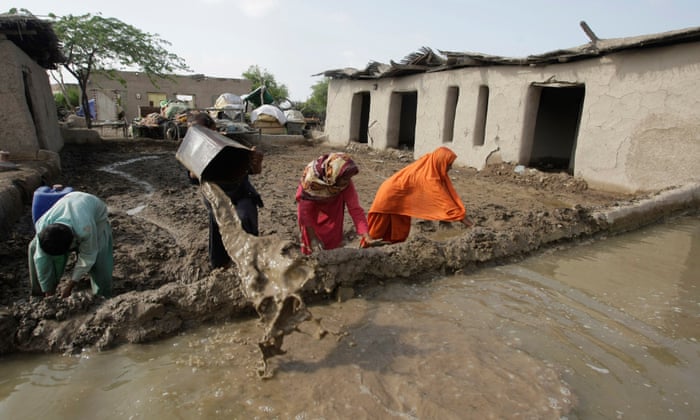 Villagers clear flood water from their houses in Jhado near Hyderabad, Pakistan.

The high court of justice in Lahore has ordered the creation of a “climate council” to force the Pakistani state to uphold its environmental commitments.

A farmer went to the court with the charge that his “fundamental rights” had been breached by the lack of action on the part of Pakistan’s climate change minister. Pakistan has been hit by three consecutive years of deadly floods.

Rising temperatures are increasing the chance of drought and heightening rainfall intensity during a shortened monsoon season. These elements threaten the country’s agricultural production, which half the population relies on for its survival.

In a recent ruling, the judge said that the government had not made any concrete steps to enact the national climate change policy, approved in 2012. The judged added, “for Pakistan, climate change is no longer a distant threat – we are already feeling and experiencing its impacts across the country and the region.”

The judge’s proposed “climate council” would bring together representatives from various ministries and civil society, including NGOs, and be headed by a lawyer specialising in environmental law. He or she will have to report back to legal officials and oversee a number of initiatives, for instance optimising irrigation techniques or progressively eliminating motorised water pumps.

In a country riddled by terrorism and corruption, Pakistan’s political powers seem to have abandoned the subject of climate change.

“Despite having a national climate policy, no one cares about it,” writes Ahmad Rafay Alam, a Pakistani lawyer and specialist in environmental law, on climate change site thethirdpole.net. “It has required a court of law to summon the authorities for us to see their hand-wringing and poor excuses for inaction.” 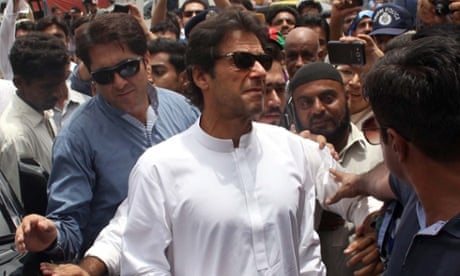 If the decision of the Lahore high court sets a legal precedent, citizens will now be able to hold the state responsible for its inaction in fighting and adapting to climate change. But whether this climate justice will result in concrete action remains to be seen. As Pakistan’s 2012 plan on climate change highlights, the country suffers from “weak technical and financial means” to adapt to global warming.

The case marks the second time that a court has forced a state to take action on the climate. In June, a court in The Hague ordered the Dutch state to reduce national greenhouse gas emissions by at least 25% by 2020 compared to 1990 levels, following a case brought to court by Urgenda, an environmental NGO.

This judicialisation of climate protection could spread to other countries: inBelgium a court has been considering this possibility. “We are seeing an increasing number of legal challenges because of a disappointment in the ineffectiveness of public and private commitments to reduce greenhouse gas emissions,” said Laurent Neyret, a specialist in environmental law and professor at the University of Versailles.

He added that in France “only an NGO recognised to be of public interest could launch such a challenge, and not an ordinary citizen like in Pakistan”.