The crazy, conflicting advice about when women should have children

The Telegragh: by Claire Cohen — 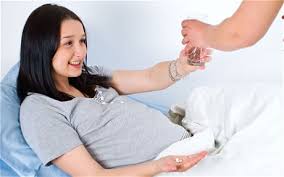 Researchers from the Julius Centre at University Medical Center Utrecht in the Netherlands have said that women who want at least three children should should start trying for a baby by the age of 23.

Those wanting two children should not leave it later than 27 whilst those wanting one child should start trying by 32.

It’s the latest in a long line of confusing, conflicting – and often downright crazy – fertility advice for women. It seems that hardly a week goes by without scientists telling us to start trying for a family or freeze our eggs.

Not convinced? We’ve compiled a timeline showing some of the ages women are told to get pregnant – from 19 to 40. It’s enough to get your ovaries in a twist.

This is the best time to have a baby, according to John Mirowsky, a sociologist at the University of Texas at Austin. In a study, he explained that biologically this is when “the body’s reproductive and other systems are at a youthful peak.”
This is the age that schoolgirls should be told to start thinking about having children, says gynaecologist Dr Tony Falconer. “When you’re educating children about contraception and teenage pregnancy, you could introduce other concepts at the same time, such as parenting and feeding babies, and you might tag on to that what the best age is to have children,” he explained. “As a 15-year-old girl, when you’re doing your GCSE preparation, it might just sow a seed for them if you give them information at that stage that the best time to have children was 20-35.”
According to a study by online dating site OkCupid, women aged over 22 become less attractive to men. It must be that ticking biological clock putting them off.

A new study says that 23 is the age to start trying to conceive if you want three children. Experts in the Netherlands studied 58,000 women and created a ‘fertility calculator’ to ascertain when women should try for a family. Professor Allan Pacey of Sheffield University said: “People don’t necessarily have children in quick succession. You’ve got to start early to be certain”.
Is when America thinks you should have your first child. In a 2013 poll of 5,000 US citizens, 58 percent said that women should start having children at 25 or younger. The ‘ideal’ age for men to start reproducing was 27.
Is the perfect age to have a baby, according to the British. In a 2013 survey of 2,000 people, a third said having children younger meant they could have a bigger family.Psychologist Claire Halsey, who contributed to the Seven Seas research said: “Contrary to popular belief younger women are planning a family after just a few years of working rather than waiting to establish a career, going travelling or spending time on hobbies. “Perhaps there is a realisation that as the recession affects work prospects, planning for a family can come first and career later.”

Want two kids? Start trying at 27, according to the new Dutch research. Prof Pacey added: “Everyone thinks you can wait – this shows you can’t”.
By now a woman’s biological clock is well and truly ticking, according to researchers in America and Italy, in a 2002 study thought to be the first to show a decline in fertility below the age of 30.
Last month, top NHS gynaecologist Professor Geeta Nargund said that women need to try for a baby before the age of 30 to avoid creating a ‘fertility timebomb’. She explained: “Ideally, if a woman is ready for a child, she should start trying by the time she is 30. She should consider having a child early because as a woman gets older, her fertility declines sharply.”

This is the upper limit for women to conceive easily, according to researchers from at St Andrews and Edinburgh universities. In 2010, they discovered that, by 30, women retain just 12 per cent (an eighth) of their eggs with which they were born. Dr Hamish Wallace, the report’s co-author, said: “Our research shows that they are generally over-estimating their fertility prospects”.
According to a study of 2,000 people aged 18-60 last year by Singles247.com, this is the age when women reach the peak of their sexual confidence. That’s if we’ve recovered from that passion-killing fertility timebomb going off, of course?
The new Netherlands study advises women not to wait beyond this age if they want one even one child.

The best age for a woman to have a baby, according to the National Institutes of Ageing and Mental Health, as it will ensure she has better long-term health than a woman who gives birth at 18. Professor John Mirowsky who led the 2007 research, said: “A woman who had her first child at 34 is likely to be, in health terms, 14 years younger than a woman who gave birth at 18, Studies suggest that early motherhood interferes with educational attainment and predisposes women to single-parenthood, unemployment and poverty. Problems drop steadily the longer that first birth was delayed, up to about 34, then rise increasingly and steeply, particularly after the age of about 40.”
Get ’em on ice. Women who want a family should freeze their eggs by 35 as fertility starts to decline, according to a study earlier this year by the Hospital Universitairo Quiron- Dexeus in Barcelona. Senior doctors said the study showed women who want children should stop delaying motherhood, or putting their careers first. They said there was a need for “more realistic expectations” among many women, who should either start trying for a family earlier, or freeze their eggs. This is also the age that Kirstie Allsopp recently advised women to have a family, putting children before career aspirations.
Forget 35, this is the age at which a woman’s fertility starts to decline, according to a different set of researchers. Adam Balen of the British Fertility Society blamed celebrities, last month, for giving women a false impression of motherhood by having children in their 40s. “If more celebrities were prepared to speak out it would do the world of fertility medicine a lot of good,” he said.

The age when women are most likely to gain weight, according to a 2014 study by diet company Forza Supplements. Not from being pregnant though (hah you’ve left it too late, remember?) Or have you?
In 2013, San Diego State University’s Professor Jean Twenge claimed it was just as easy to get pregnant aged 39 as in your late 20s. She said that women are basing their expectations on out-of-date reports. The psychologist, who had her three children after 35, said: “the “baby panic”—which has by no means abated since it hit me personally—is based largely on questionable data. We’ve rearranged our lives, worried endlessly, and forgone countless career opportunities based on a few statistics about women who resided in thatched-roof huts and never saw a lightbulb.”
By now women are told that our fertility has fallen by half and that we only have three per cent of our eggs remaining (thanks St Andrews and Edinburgh Universities). But wait! Last year, Office for National Statistics figures showed that pregnancy rates for over-40s have more than doubled in the past 24 years, with 14 conceptions per 1,000 women aged 40-plus compared with six per 1,000 in 1990. Is it all over? Let’s not wait for the next conflicting piece of research to tell us. Because, if there’s one thing every woman knows it’s this: the right time to start a family is when you want to.
Origional Post here: http://www.telegraph.co.uk/women/womens-life/11773308/Fertility-Pregnancy-advice-for-women-is-conflicting-and-crazy.html