SEVARE, Mali — Timbuktu, the fabled desert city where retreating Muslim extremists destroyed ancient manuscripts, was a center of Islamic learning hundreds of years before Columbus landed in the Americas.

The library held about 30,000 manuscripts of which only about one third had been catalogued, according to its Web site. The world may never know what it has lost.

It is not known how many of the priceless documents were destroyed by al Qaida-linked fighters who set ablaze a state-of-the-art library built with South African funding to conserve the brittle, camel-hide bound manuscripts from the harshness of the Sahara Desert climate and preserve them so researchers can study them. 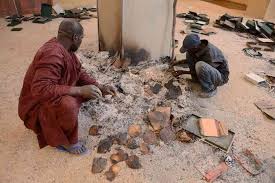