In Courts, Money Does the Talking

The recent arrest of a judge for bribe-taking shows Indonesia should start putting in place firm antigraft measures across the country’s courts, especially as the practice could be more common than most think. 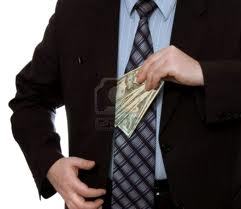 A leading antigraft organization pointed out on Sunday that established patterns of courtroom corruption, which follows set methods of bribery, exist all over the country. It involves not only judges, it said, but prosecutors and defense lawyers as well.

“It is quite easy to detect how this mafia works. For instance, [fixing of the case] is probably what happened when court verdicts are handed down very shortly after prosecutors have made a sentencing demand. Or the opposite, when it takes weeks between the sentencing demand and the reading of the verdict,” said Hifdzil Alim from Gadjah Mada Read more